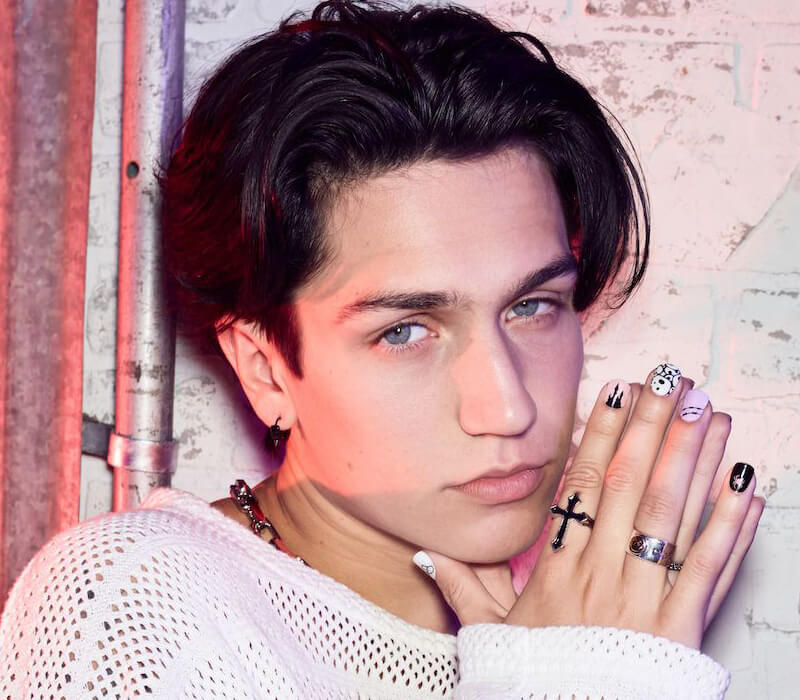 Who is Lil Huddy?

More known by his creator name Lil Huddy or LilHuddy, Cole Chase Hudson is an American social media personality, actor, and singer. Cole is also known for his relationship with number one TikToker Charli D’Amelio. He co-founded the TikTok collective, the Hype House.

Cole is also known for popularising the e-boy subculture and style. According to Billboard, Cola is one of the top 10 TikTok music influencers. He has also been cited by Paper as an important figure in the 2020s pop-punk revival.

Cole was born on 15th May 2002 in Stockton, California. His parents, Cole and Tamara Hudson, are school teachers. He has two siblings, Karissa and Marlena Hudson.

During his early years, Cole discovered My Chemical Romance, Fall Out Boy, Blink-182 on his older sister’s iPod and got enchanted by the pop-punk fashion.

Cole attended Bear Creek High School for his freshman and sophomore years. He switched to online schooling in order to focus on his social media career. Thanks to taking three extra classes per semester, Cole graduated early in his junior year.

Cole shared that his fashion influences are Billie Eilish, BTS, Shawn Mendes, One Direction and Justin Bieber. He also stated that he is heavily inspired by Machine Gun Kelly, My Chemical Romance, Blink-182, Travis Baker and Olivia Rodrigo.

In 2019, Cole dated fellow TikToker Cynthia Parker. Between February and April 2020, Cole dated number one TikToker Charli D’Amelio. They broke up on behalf of dating rumours. In late 2020, Cole and Charli were rumoured to date again.

The career of Lil Huddy

Cole began his social media career back when Vine and Dumsmash was still a thing. After that, Cole posted on musical.ly and later on TikTok. In 2019, Cole skyrocketed in popularity as a part of the e-boy subculture of young and attractive online teens. This culture is characterized as chains, hip clothes, nail polish, fashion sense and dyed hair, among other things.

In December 2019, Cole co-founded a TikTok collective group known as Hype House with fellow TikTok stars, including Daisy Keech, Thomas Petrou and Alex Warren. Hype house and its members were featured in a big story in the New York Times shortly after they established themselves. Hype house is not only the name of the group. It’s a physical house in Los Angeles where some of the TikTok creators live full-time. Cole does not live in the physical house but will often visit to work with his friends.

Cole got a substantial popularity boost when he dated a number one TikToker Charli D’Amelio. She left in mid-2020 due to creative differences, causing some drama. The second biggest star on TikTok, Addison Rae, is still a part of the Hype House collective.

In December 2020, Cole signed a contract with Interscope Records by Adam Mersel. On 15th January 2021, Cole appeared alongside Sydney Sweeney in Downfalls High, the film adaptation of Machine Gun Kelly’s album Tickets to My Downfall.

On 18th February 2021, Cole released his second single, “The Eulogy of You and Me”, co-written and produced by Travis Barker.

On 22nd April 2021, Cole released his third song, “America’s Sweetheart”, an emotional ballad about a breakup and its outcomes. This song peaked at the 24th spot on the Official New Zealand Music Chart.

On 17th September 2021, Cole released his debut album “Teenage Heartbreak”, featuring all of his so far released songs.

Cole has over 12 million followers on his Instagram account. He posts modelling pictures of himself, funny reels and TikTok re-posts.

In July 2015, Cole joined Twitter. He has more than 3 million followers and mostly posts once per day.

On 9th May 2018, Cole started his YouTube channel. As of 2021, Cole’s channel has over 2.3 million subscribers and nearly 70 million views. His videos included clothing hauls, vlogs, reaction videos, pranks, challenges and much more. Since Cole decided to focus on his singing career, he deleted most of his YouTube videos and only posted his new singles. His first video that is now deleted was “COOKING CHRISTMAS COOKIES WITH MAMA HUDSON.”

Chase is in 31st spot in TikTok rankings, only 200,000 behind Аnokhina Liza. His account has almost 33 million followers and closes to 2 billion likes. He is your regular handsome e-boy, posting daily dance and singing videos on top of his more ironic videos.

As of December 2021, Cole has his singles “Don’t Freak Out”, “21st Century Vampire”, “America’s Sweetheart”, “The Eulogy of You and Me”, and “Partycrasher” on Spotify. He gets over 1 million listeners per month throughout these 5 songs.

How much does Lil Huddy earn? Net worth!

Cole has roughly an estimated net worth of $3 million.

He earns a huge chunk of his earnings through ad revenue, sponsorships, a singing career and his own merchandise.

Cole collaborated with brands such as Versace, Gucci and many more. In 2021, Cole started his online merchandise of clothing where fans can buy shoes, phone cases, hoodies and more, featuring his name as his brand company.