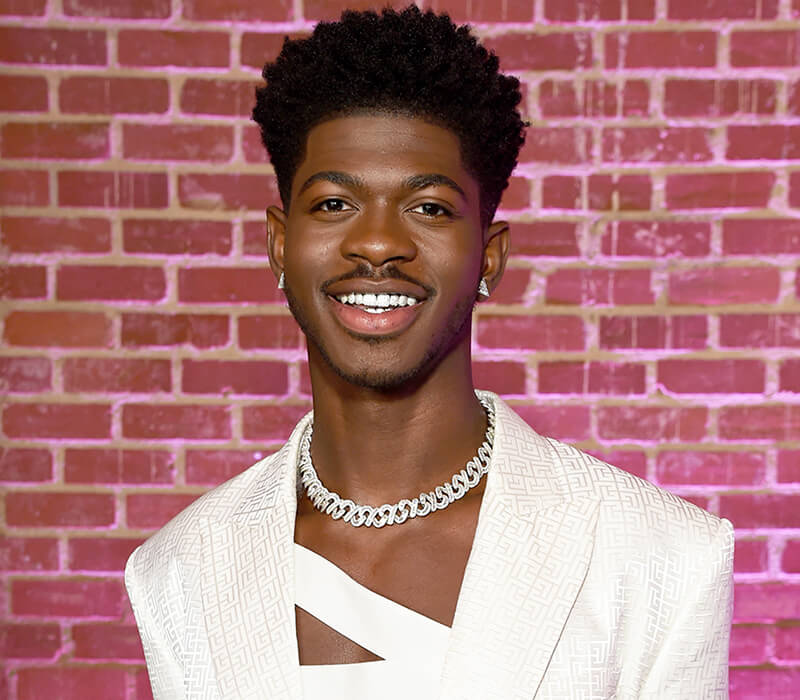 Who is Lil Nas X?

Montero Lamar Hill is a social media influencer, singer and internet personality. He goes by his name Lil Nas X. Most importantly, Lil Nas is an American rapper who rose to prominence with his single “Old Town Road”.

Montero Lamar Hill was born on 9th April 1999, in Lithia Springs, Georgia, a small city outside Atlanta. His father is Robert Stafford, and his mother’s name is Tamikia Hill. His parents gave him the name after the Mitsubishi Montero. He has two brothers, Lamarco and Tramon Hill, as well as 3 half-brothers and 2 half-sisters.

When he was just 6 years old, his parents divorced, and he lived with his mother and grandmother in the Bankhead Courts housing project. After three years, Lil Nas moved in with his father north of the city in Austell, Georgia. He was very hesitant to do so but later shared it was an important decision in his life. “There’s so much shit going on in Atlanta—if I had stayed there, I would have fallen in with the wrong crowd.”

In his teenage years, Lil Nas struggled with his coming out to himself as being gay. He prayed it was just a phase but began to accept it around his 16s.

In his teenage years, Lil Nas played the trumpet and even reached the first chair spot by his junior high years. Still, he decided to drop out of fear of looking uncool.

In 2017, Lil Nas graduated from Lithia Springs High School. After that, he enrolled at the University of West Georgia, where he majored in computer science. He later dropped out to pursue his career in the music industry.

During his time of chasing his dreams as a singer, Lil Nas lived with his sister and supported himself by working at Zaxby’s restaurants and the Six Flags Over Georgia theme park.

In September 2019, he revisited his high school to perform a surprise concert.

In early June 2019, Lil Nas came out to his family because he felt “the universe was signalling him to do so”, despite his uncertainty whether his fans would stick by him or not.

Lil Nas X was previously in a relationship with professional dancer Yai Ariza, who appeared in his ‘That’s What I Want’ and ‘Industry Baby’ music videos.

The career of Lil Nas X

Lil Nas started using the Internet when memes became their own branch in entertainment. He spent much of his teenage years alone and turned to the Internet, “particularly Twitter, creating memes that showed his disarming wit and pop-culture savvy.”

Lil Nas shared he always aimed towards becoming an internet personality to promote his work but wasn’t sure what to focus on creatively. “I was doing Facebook comedy videos, then I moved over to Instagram, and then I hopped on Twitter ... where I really was a master. That was the first place where I could go viral.” He even posted short-format comedy videos on Vine and Facebook.

Most people don’t know this, but Lil Nas created traction for his first song, “Old Town Road”. He went to Reddit, where people post lyrics and try to find songs they cannot get out of their heads. On this thread, he posted anonymously, “What’s the name of the song that goes ‘take my horse to the old town road’,” leading Reddit users to search for the song, rack up Google keyword searches and listen to the track.

Lil Nas’ song spent over 19 weeks on top of the US Billboard Hot 100 chart. This is the longest time one song has run as number-one since the chart debuted in 1958. Lil Nas came out as gay while “Old Town Road” was atop the Hot 100, becoming the only artist to do so while having a number-one record. Several remixes of the song were released, the most popular of which featured country singer Billy Ray Cyrus.

In 2021 Lil Nas created his first album Montero, supported by the chart-topping singles “Montero (Call Me by Your Name)” and “Industry Baby” (with Jack Harlow) and the top-ten single “Thats What I Want”.

Lil Nas X is also the first openly LGBT Black artist to win a Country Music Association award. In 2019, Time magazine named him as one of the 25 most influential people on the Internet. In 2020, Forbes named Lil Nas X in their Forbes 30 Under 30.

The controversy of Lil Nas X

Lil Nas X is known for his controversial video stunts. Before releasing his new “MONTERO” album, Lil Nas put on a fake pregnancy suit and had a maternity photoshoot for the announcement.

For the same album, Lil Nas got overly criticized for his song “MONTERO (Call Me By Your Name),” where he gives Satan a lap dance. In response to the hatred, Lil Nas created an app Twerk Hero that allowed users to make a character literally twerk to the song.

In collaboration with this song, Lil Nas created Satan-inspired, modified Nike Air Max 97s. He got sued by Nike, and social media was up in arms over this. He responded with an apology video posted to YouTube. He begins talking about the controversy, but instead of apologizing, the video cuts away and switches to the music video for the song.

He isn’t afraid to dive into controversy and flip the narrative being told into one that he controls.

Lil Nas X is one of not too many social media personalities who operates on all platforms. He very smartly leverages his social media presence into advertising his new content and makes it a hit.

Lil Nas X is also on Instagram, where he has over 12.3 million followers. You can find anything from high-quality modelling pictures to hilarious selfies in there. His posts gain anywhere between 1 million and 3 million likes.

Lil Nas X is also highly popular on Facebook, where he has over 3.7 million followers. This platform serves mostly for Instagram and TikTok re-posts.

Lil Nas X has his songs available on Spotify, where he has over 51.6 million monthly listeners.

How much does Lil Nas X earn? Net worth

As of 2022, Lil Nas X has an estimated net worth of roughly $8 million. Lil Nas X generates his income through ad revenues and sponsorships. Most importantly, Lil Nas is a singer and gets most of his earnings from his singing career. Old Town Road was the first song to ever sell more than 10 million copies whilst in the number one spot.

In 2018, he purchased the beat for “Old Town Road” from a Dutch producer named YoungKio for $30 million.