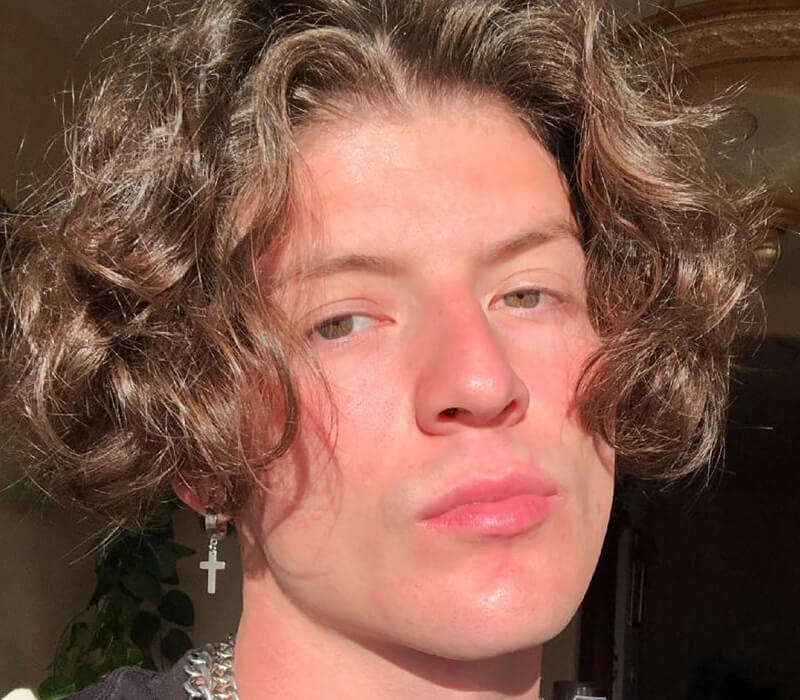 Ondreaz Lopez is an American social media influencer and member of the famous Hype house. He is known for his dancing videos on TikTok and has become one of the platform’s most-followed users. Ondreaz is also one half of the YouTube duo “The Lopez Brothers.”

Ondreaz finished his early school years at Lawrence Junior High School in Las Vegas. After that, Ondreaz graduated from a local private college. Along with his older brother, Ondreaz decided to start his YouTube career.

Ondreaz has a few tattoos, including their family last name, “Lopez,” on his arm.

On 13th October 2020, Ondreaz and fellow influencer/model Hannah Stocking shared matching tattoos. The shot shows Ondreaz pretending to lick Hannah’s foot, which has the same fresh ink on it as on Ondreaz’s shoulder. There were ongoing rumours about the two dating together, but neither of them confirmed.

The career of Ondreaz Lopez

After the rise of musical.ly, now known as TikTok, Ondreaz’s career rose up as well. Both Tony and Ondreaz became famous TikTokers and started collaborating with other TikTok stars. They often collaborate together and include his brother in their latest TikToks.

The Lopez brothers are both members of the TikTok collective Hype House. It became a blueprint for every collaborative TikTok house. Hype House was created in December 2019 as a way for the stars to leverage their content and grow their followings. Members such as Avani Gregg and Chase Hudson are part of The Hype House. Both Tony and Ondreaz physically live in The Hype House in Los Angeles. However, they spend time at home in Las Vegas when they are not in Los Angeles.

Ondreaz has appeared on Showtime at the Apollo with Steve Harvey.

The controversy of Ondreaz Lopez

In 2020, Ondreaz was accused of sexually assaulting a 17-year-old fan in 2018 during an event in Las Vegas, where the age of consent is 16 years old.

The person, identified as AI on Twitter, claimed that Ondreaz and the members of his dance team at the time slept over at AI’s house before their tournament. AI and Ondreaz slept in the same bed, and the star “forced” them to touch his genitals.

Ondreaz denied all allegations and posted his own version of the story. He stated he invited the person up to his bed, and they mutually made out before the person said they did not want to have sex. At no point did that person have to force themselves out from under Ondreaz, he said. He apologized to the person and said he would never want to put them through what he had gone through as a child.

In his statement, the TikTok star said he himself was a victim of sexual assault on two different occasions. In one situation, a male friend of his older brother molested him when he was 8 years old. The second situation involved a family member still in his life, Ondreaz said, and did not provide further information.

In 2020, someone decided to leak nude videos of Ondreaz on the internet.

On 29th October 2019, Ondreaz and his brother Tony started their “The Lopez Brothers” channel on YouTube. As of 2022, the Lopez brothers amassed over 1.7 million subscribers and more than 41 million views. Their average viewership varies, and they get anywhere between 500,000 and 9 million views. On the same day, The Lopez brothers created their channel, they posted their very first video. The “we just hit a million followers on tiktok!!” video has gained more than 860,000 views and over 50,000 likes. On 27th December 2019, The Lopez Brothers posted their most successful video, “funny tik tok challenge (try not to laugh)”, that gained over 9 million views and more than 400,000 likes. They often participate in the latest trends, challenges, pranks and even create vlogs.

In July 2014, Ondreaz joined Twitter. As of 2022, Ondreaz gathered over 1 million followers and over 13,500 Tweets. He used to be very active on Twitter and even posted multiple times per day. Although, Ondreaz didn’t post anything on Twitter for more than 6 months.

Ondreaz Lopez has an Instagram account with over 4.3 million followers. He posts high-quality pictures from his everyday life. Most importantly, Ondreaz often posts shirtless pictures that boast his large number of female fans.

How much does Ondreaz Lopez earn? Net worth!

As of 2022, Ondreaz’s estimated net worth is roughly $4 million. He earns money on his social media channels through ad revenues, sponsorships and merchandise.

With such famous social media channels, Ondreaz is expected to earn as high as $41,000 per sponsored social media post. Ondreaz, along with his brother Tony, owns “Lopez” clothes merchandise.