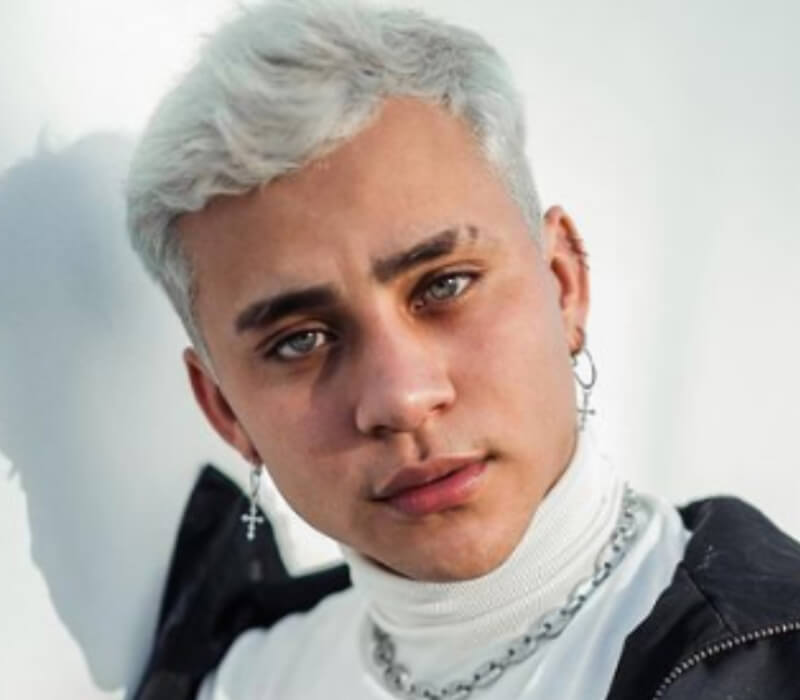 Who is Rodrigo Contreras?

Rodrigo Alonso Contreras González is a model and social media influencer known by Rodrigo Contreras. He is known for his high-quality modelling photos on Instagram and hilarious TikTok performance.

Rodrigo Alonso Contreras González was born on 28th December 1999 in Mazatlan, Mexico. When he was little, Rodrigo got nicknamed “Chapito” by his family. He has one sibling, an older sister Denisse. When he was 13, Rodrigo played competitive soccer.

The career of Rodrigo Contreras

Rodrigo started his social media career back in the day on musical.ly, now known as TikTok. His first TikTok video was to an original sound by musical.lyspedup. Rodrigo is also known for posting various pictures from his daily life on Instagram. Often featuring him at the beach or at a pool.

He is undoubtedly passionate about his TikTok career. In May 2020, Rodrigo even tattooed TikTok’s logo on the inside of his left wrist.

In 2020, Rodrigo was nominated for Favorite TikToker at the 2020 Kids’ Choice Awards México.

Rodrigo Contreras is a Mexican social media influencer, and all of his content is in Spanish.

On 27th June 2016, Rodrigo started his YouTube channel “ROD CONTRERAS”. As of 2022, Rodrigo amassed over 5 million subscribers and more than 170 million views. On 17th January 2017, Rodrigo posted his first video “MI PRIMER VIDEOBLOG / Rodrigo Contreras”. His first video blog gained over 1.4 million views and more than 160,000 likes. On 7th May 2021, Rodrigo posted his most successful video. His song video “ROAST YOURSELF CHALLENGE / ROD CONTRERAS” gathered nearly 5 times more views than his second most successful video. This video gained over 50 million views and more than 1.6 million likes. He regularly posts funny YouTube shorts or the latest challenges and vlogs.

Rodrigo also owns the Instagram channel “elrodrigocontreras”, with over 12.5 million followers. He is known for his high-quality photos, often shirtless. Rodrigo also posts pictures from his everyday life and pictures with his girlfriend Domelipa.

On 27th August 2017, Rodrigo joined TikTok as “ROD”. As of 2022, Rodrigo amassed over 38,7 million followers and more than 2.1 billion likes. Rodrigo sits in 20th place, with only 100,000 followers behind “avani”. He is your regular TikTok dancer who participates in the latest trends. Rodrigo is known for having a large number of female followers, primarily for his shirtless clips and cute appearance.

The controversy of Rodrigo Contreras

The COVID-19 pandemic has impacted people worldwide, and the highly contagious nature of the virus has altered the way many people live their lives. During the pandemic, Rodrigo got a lot of hate for continuing his party lifestyle without even wearing a mask. People felt betrayed because they felt a huge social media influencer like this should set a better example for the public.

How much does Rodrigo Contreras earn? Net worth!

Rodrigo Contreras is one of the wealthiest TikTok stars with a rough net worth of $900,000. He generated his earnings from ad revenues and sponsored posts. Thanks to being a top 20 most followed TikToker, Rodrigo is expected to make as high as $70,000 per sponsored TikTok or Instagram post.