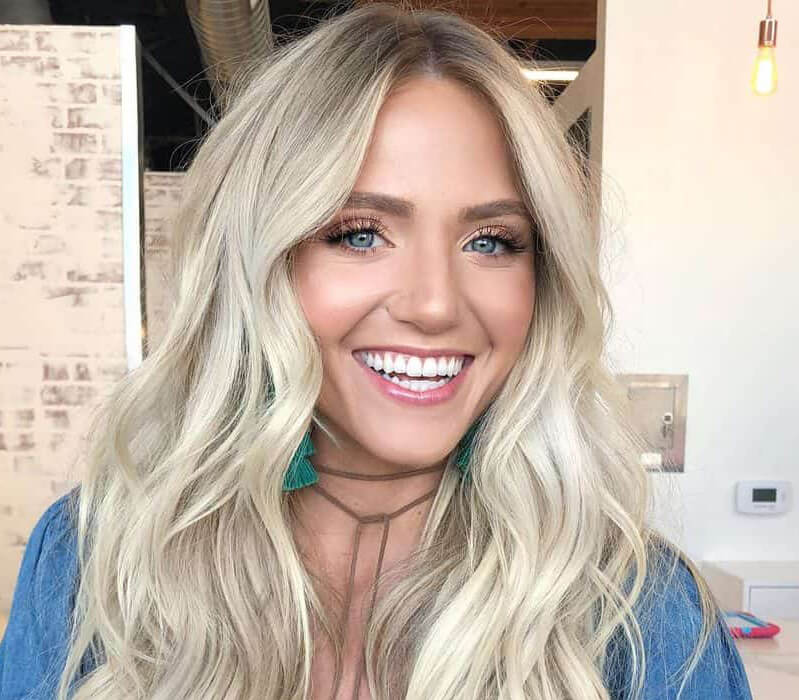 Who is Savannah LaBrant?

Savannah LaBrant is a fashion blogger and social media influencer known well over YouTube, TikTok and Instagram. She is also known for her taste in clothes, perfect photos, inspiring image of a young successful mother and overall sense of style. In 2016, Savannah was nominated the “Muser of The Year” along with other social media stars such as Jacob Sartorius or Baby Ariel and came out on top.

Savannah LaBrant was born on 2nd March 1993 in Orange County, California. She has one younger sister. Singer of the R&B band “Flipsyde", Chantelle Paige. Her mother is Deborah Soutas. Savannah and her sister grew up without a father figure as her mother and father went separate ways.

On 14th December 2012, Savannah gave birth to her first daughter, Everleigh Rose. Savannah was a young mother and had her first child, Everleigh, when she was 19 years old. Since giving birth, Savannah revealed Everleigh’s father is Tommy Smith. They were in a rocky relationship and even tried to make it work again, but it didn’t. After having her daughter, she stopped pursuing her education but later went back to university.

On 7th December 2019, they announced that they were pregnant again with another child, this time a boy. On 29th July 2020, Savannah gave birth to Zealand Cole LaBrant.

In November 2021, the LaBrant couple announced they were expecting their fourth child in early June 2022.

The career or Savannah LaBrant

Savannah started dancing at the age of two and spent her teenage years in front of the camera as a model. After that, she decided to switch sides and start working behind the camera as a photographer. She even started her own business, “Little Red Rose Photography”, and her photographs went viral on Instagram.

After dating with Cole for some while, they created a YouTube account, “Cole&Sav”, that snowballed in popularity and gained hundreds of thousands of subscribers as they posted about their “wholesome, not-perfect” family. After having children together, they later renamed their channel “The LaBrant Family” and began posting about their whole family.

Savannah then joined Musical.ly, later known as TikTok, posting the latest trends such as lip syncs and dancing videos with her husband and daughter.

Savannah and Cole wrote a book together documenting their love story titled “Cole and Sav: Our Surprising Love Story”. This story covers how a single mom fell in love with a 19-year-old boy from the country. The book also shares the lessons they have learned as a family.

The controversy of Savannah LaBrant

On 13th August 2018, Savannah and Cole uploaded a video, “A GIANT FIRE MAKES US EVACUATE OUR HOUSE”, that was later deleted from YouTube. This video got a large amount of criticism from their fans. The couple was accused of faking an evacuation during the time of the fire.

Their neighbours shared there was no evacuation notice, and it’s sad someone abuses a situation like this for YouTube fame.

On 24th August 2012, Savannah and Cole started their channel “The LaBrant Fam”. As of December 2021, this channel gained over 13.5 million subscribers and more than 4.5 billion views. Their oldest video on the channel was posted on 24th January 2015, “Selena Gomez, will you go to prom with me? - Cole LaBrant”. It has accumulated over 5.3 million views and more than 120,000 likes. On 22nd June 2017, Cole and his daughter created LaBrants most popular video, “4 YEAR OLD GIRL, AND DADDY DO CUTEST CARPOOL KARAOKE EVER!!!” where they ride together in the car, sing and dance. This video has over 105 million views on the platform and over 500,000 likes. Savannah often posts hilarious vlogs and videos from her everyday life.

Savannah’s husband Cole created his own YouTube channel on 20th November 2021 and gained 300,000 subscribers in just one month. Her daughter Everleigh Rose has a YouTube channel as well with nearly 4 million subscribers and more than 670 million views.

Savannah Labrant has a Facebook page with over 4 million followers. She often posts backstage videos from her YouTube videos, personal photos and re-posts her most popular latest, TikTok’s.

Savannah LaBrant joined TikTok on 8th December 2015. As of December 2021, she gained nearly 30 million followers and over 1.5 billion likes. She is the 41st top-rated TikToker, only 200,000 followers behind “D A R I A NR O J A S”. Savannah often posts lip-sync videos and the latest trends. Often in collaboration with her daughter or husband.

Savannah has 7 million followers on her Instagram account. She regularly posts high-quality photos of her family and friends.

How much does Savannah LaBrant earn? Net worth!

The LaBrant family has an estimated net worth of $9 million. Most of their earnings come from their widely popular YouTube channel and Savannah’s TikTok account. They also earn ad revenue from Instagram and Facebook accounts, where they have a massive amount of followers.

Her daughter Everleigh also has a considerable number of followers. Her husband Cole started his own YouTube channel that is just sky-rocketing.

The couple wrote a book, “Cole and Sav: Our Surprising Love Story”, that also earned them a considerable amount of income.