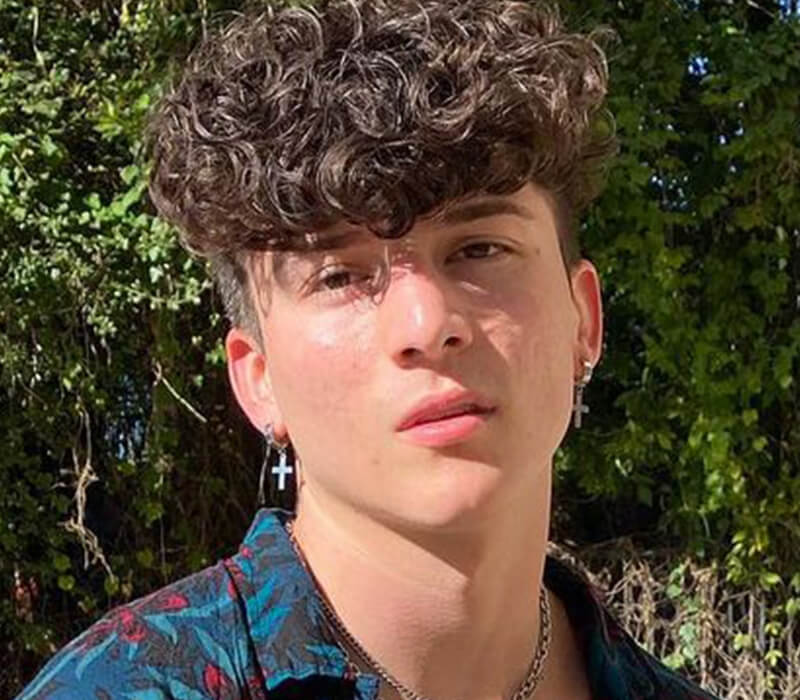 Who is Tony Lopez?

Tony Lopez is an American social media influencer and member of the famous Hype house. He is known for his dancing videos on TikTok and has become one of the platform’s most-followed users. Tony is also one half of the YouTube duo “The Lopez Brothers.”

Tone Lopez was born on 19th August 1999 in Las Vegas, Nevada, United States. Tony has two siblings, brothers Ondreaz Lopez and Xavier Lopez. Ondreaz is a famous social media star as well. They spent their childhood in the Springfield Gardens.

He struggled with terrible acne for many years. His acne problems resulted in him never wanting to be seen and falling into a deep state of depression.

Tony finished his early school years at Lawrence Junior High School in Las Vegas. After that, Tony graduated from a local private college. Along with his older brother, Tony decided to start his YouTube career when he was just 12 years old. After that, Tony shifted more towards acting and modelling. He decided to pursue a career in entertainment. Tony and Ondreaz performed as "The Lopez Brothers" during their high school years, dancing at school functions and rallies.

Tony Lopez has been rumoured to date Sophie Dossi and Nikita Dragun. Most importantly, Tony started dating social media star Sarah-Jade Bleau, known online as SJ. The two had been dating for almost a year before they decided to marry. On 12th March 2021, Tony and SJ legally married.

The career of Tony Lopez

After the rise of musical.ly, now known as TikTok, Tony’s career rose up as well. Both Tony and Ondreaz became famous TikTokers and started collaborating with other TikTok stars. They often collaborate together and include his brother in their latest TikToks.

The Lopez brothers are both members of the TikTok collective Hype House. It became a blueprint for every collaborative TikTok house. Hype House was created in December 2019 as a way for the stars to leverage their content and grow their followings. Members such as Avani Gregg and Chase Hudson are part of The Hype House. Both Tony and Ondreaz physically live in The Hype House in Los Angeles. However, they spend time at home in Las Vegas when they are not in Los Angeles.

In 2019, the star hosted a Dance Workshop in Las Vegas, his hometown.

The controversy of Tony Lopez

In 2019, Tony’s nude photos were leaked by an Instagram catfish. Tony was in contact with the catfish for six months before they went for a meet-and-greet event. “Invading someone’s privacy is horrible,” the star later said in a statement.

In the same year, Tony has posted homophobic and misogynist tweets. He later apologised for the “childish tweets.”

In 2020, Tony was accused of soliciting racy photos from a 15-year-old girl. Tony supposedly asked for inappropriate photos over Snapchat and asked her to buy his merchandise.

Two minors sued Lopez for “sexual battery and emotional distress”. One of the allegations alleged that Tony met one of the girls and had “unlawful sexual acts” despite knowing she was underage. He denied all allegations.

In 2020, it was rumoured that Tony died in a car crash. Tony quickly shot down these rumours as nonsense. This wasn’t the first time Tony has been rumoured to die and supposedly has been killed on multiple occasions.

Supposedly, Tony tested positive for COVID-19 the week before, despite manager Thomas Petrou claiming the entire house tested negative. Some rumours claim Tony faked a negative test to continue his party lifestyle in The Hype House.

Tony Lopez has been accused of taking a lesser-known TikToker’s dance and not giving her credit. Jaida, also known as @ouuitzjaidaa on TikTok, created dance as part of a submission for a contest hosted by Nicki Minaj and Tekashi 6ix9ine. Lopez later performed the dance as his own.

On 29th October 2019, Tony and his brother Ondreas started their “The Lopez Brothers” channel on YouTube. As of 2022, the Lopez brothers amassed over 1.7 million subscribers and more than 41 million views. Their average viewership varies, and they get anywhere between 500,000 and 9 million views. On the same day, The Lopez brothers created their channel, they posted their very first video. The “we just hit a million followers on tiktok!!” video has gained more than 860,000 views and over 50,000 likes. On 27th December 2019, The Lopez Brothers posted their most successful video, “funny tik tok challenge (try not to laugh)”, that gained over 9 million views and more than 400,000 likes. They often participate in the latest trends, challenges, pranks and even create vlogs.

In July 2011, Tony joined Twitter. As of 2022, Tony gathered over 440,000 followers and nearly 10,000 Tweets. He is very active on Twitter and even posts multiple times per day. Tony is trying to stay positive and pass on his positive energy.

Tony Lopez has an Instagram account with over 5.6 million followers. He posts high-quality pictures from his everyday life and photos with his wife SJ. Most importantly, Tony often posts shirtless pictures that boast his large number of female fans.

Tony Lopez owns a very successful TikTok account where he participates in the latest trends, often with his brother. As of 2022, Tony has over 23 million followers and more than 1.1 billion likes. In comparison with his brother Ondreaz, Tony is more successful follower-wise and has 1 million followers more. On the other hand, Ondreaz has 2 million more likes than him.

How much does Tony Lopez earn? Net worth!

As of 2022, Tony’s estimated net worth is roughly $4 million. He earns money on his social media channels through ad revenues, sponsorships and merchandise.

With such famous social media channels, Tony is expected to earn as high as $43,000 per sponsored social media post. Tony, along with his brother Ondreaz, owns “Lopez” clothes merchandise.