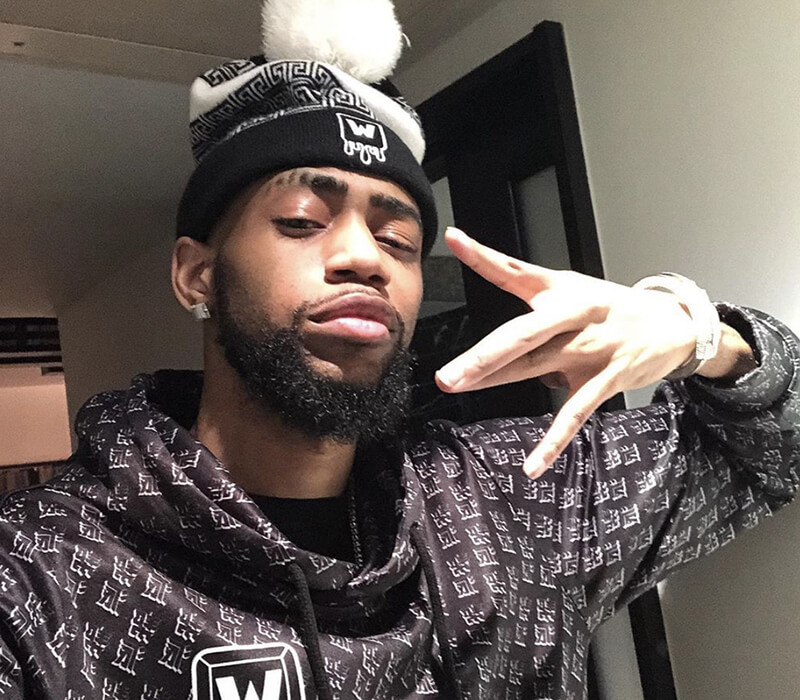 His real name is Daequan Loco. He was born on May 12, 1994, and is currently 27 years old. Daequan is an American YouTuber, Professional Fortnite player and Twitch Streamer. He lives in Los Angeles, California. TSM Daequan goes long back in the history of competitive gaming. He played all kinds of genres. Some mentionable shooting games are Destiny 1 PvP and Gunz. He is not a one-trick pony. Before starting his Fortnite career, he was a highly ranked Smite player, which is a first-person MOBA game. Daequan also played a lot of Black Desert Online, which is an Asian MMORPG.

The real start of his shooting games career was when he started playing H1Z1. You could say H1Z1 was the first battle royale game and really set the foundations for this genre. Daequan started his YouTube channel "Daequan Loco" under his real name. This channel was created in November 2017, and he pretty much dedicated it to Fortnite after discovering it. His Fortnite content included various commented gameplays. After some while, he started streaming on Twitch.

Daequan's name goes hand to hand with the term "Double Pump". A pump shotgun is a slow-reloading high-damage weapon in Fortnite. So what do you do to make it reload faster? Just bring a second one. The infamous double pump meta was almost as hated in Fortnite as the Infinity blade. Shoot your first shotgun to destroy the opponent's wall and then quickly swap to the second one and shoot them in the head, eliminating them out of the game.

No one can really tell if Daequan invented this method, but he definitely popularized it. Back in the day, you could find him rock the double pump and wreck his opponents. It wasn't rare when his opponents found their way into the stream and left some salty messages or even tried to stream-snipe him.

TSM_Daequan's streams and videos are full of humour, and he is a pretty chill dude, but he is really aggressive when it comes to his gameplay. He is relentlessly pushing his opponents and tries to get as many kills as possible.

Because of this, he set a World Record for most eliminations in a Fortnite Game. On March 9, 2018, Daequan had 39 eliminations in one match. This record didn't last for long. YouTuber called Teeqzy set a new World Record with 45 eliminations, surpassing Daequan by 6. Daequan's video making a world record has currently 19 million views.

Daequan had the most invitational wins in North America. He was picked up by Andy Dinh, also known as Reginald. Reginald used to be a pro-player in a MOBA game called League of Legends. He is currently a co-owner of TSM and reached out to Daequan personally. Daequan stated that this is really important for him because he can relate to Reginald, as he understands the struggles of an Esport industry. Daequan joined Team Solo MId in February 2018. Daequan moved together on May 10, 2018, with Myth and Hamlinz, who are also members of TSM, into their own house.

It is well-known that Daequan had been suffering from health problems for some time. He wasn't streaming that often and started posting videos less frequently. On May 30, 2019, Daequan posted a Tweet where he explained that he has long-lasting 24/7 pain and stomach problems. He also said that he wasn't stretching at all during his early basketball life.

On June 19, Daequan posted that he is starting to feel better.

On June 29, Daequan shared that he has a misaligned spine.

On July 4, Daequan Tweeted out that he should be able to return by the end of July.

Daequan made it back on August 9, 2019, and started streaming regularly again.

Although Daequan made it back in August, he played only for a month before quitting for good.

On September 19, 2019. Daequan shared his opinions about Fortnite not being enjoyable like it was back in the day. He was burned out, and it felt to him like he is not playing the same game he once fell in love with.

On top of all of this, his girlfriend, Exie, was dealing with some health problems.

What is the W-Key way of life?

This was an ongoing joke amongst the Fortnite community, which is now known amongst gamers worldwide. Since games stopped using arrows and catered towards using WASD for movement controls, W-Key is the synonym of moving forward.

W-key is the key that helps you beat the level, push your opponent or win you a race. Daequan elevated this thing into his life philosophy. It is often referred to by streamers.

"W Key isn't just something you press in games to be aggressive, It's a lifestyle. You see that fine ass girl in the mall you wanna get to know, gotta hit that W key! You wanna do something in life, it's not gonna come to you baby, gotta hit that W and go get it!" was one of his tweets about this phenomenon.

How much money does Daequan make? Net-worth!

Since Daequan stopped streaming in 2019, we are gonna take a look at how much he was making back then. In 2019 his net worth was estimated to be over $4 million. He was one of the "Twitch Streamer of the Year" finalists during the 11th Shorty awards.

He has around 6 million followers on Instagram, which caused some huge brands to reach out to him. An energy drink company called G-Fuel used to be one of his sponsors. On top of all of this, he owned his own merchandise, which was selling in huge volumes. Daequan implemented his W-key philosophy in his merch. "It's important to always take steps, be it baby steps, towards who you want to be as a person."

Daequan Loco YouTube channel has slightly over 5 million subscribers. It was able to get over 1 million views on every video posted. His estimated YouTube income was $130,000 per year.

Daequan's Twitch channel massed over 3 million followers with 16,000 viewers per stream on average, and its peak is 70,000 viewers. Daequan had 25,000 subscribers on his Twitch channel and made over $750,000 per year. He was roughly making the same amount from different sponsorships, revenues and his TSM salary.

His girlfriend Exie was helping him with content and video thumbnails