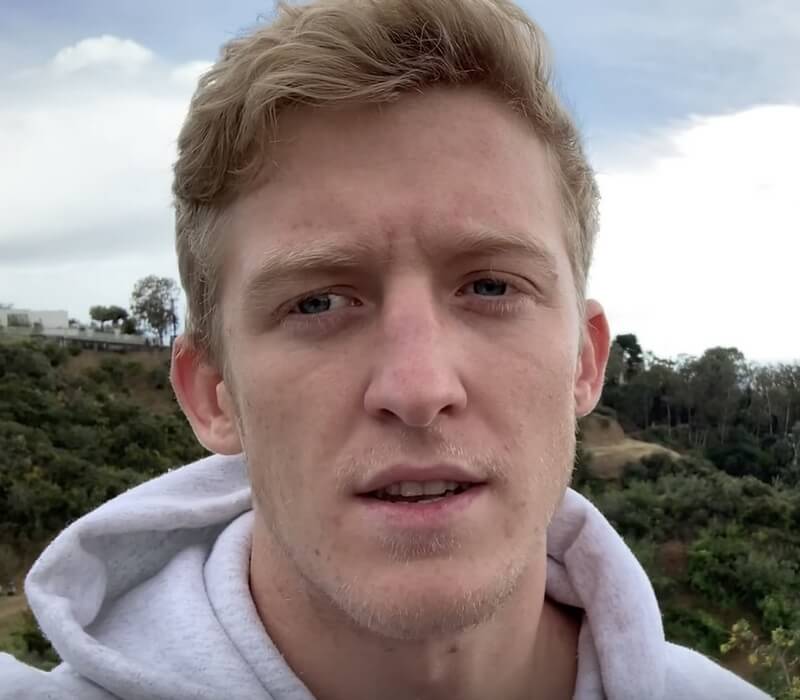 Turner "Tfue" Tenney is one of the most popular streamers from the USA. His twitch channel is currently the second most-followed channel in the world with more than 10,4 million followers. He is known for his incredible talent in Fortnite. There is no surprise that Tfue is an eSports professional player, previously a member of FaZe Clan, a professional eSports organization. However, Tenney has a dark side, too, as he received several bans from Epic Games and Twitch in the past.

Turner Ellis Tenney, well known by his online alias Tfue was born in Indian Rocks Beach, Florida, in 1998. He has got one sister Alexandra and one older brother named Jack Tenny Pierce, who is also a famous YouTuber and gamer. We do not have any information about his parents, we only know that his father’s name is Richard.

There are many rumours about Tfue's status. However, he has never revealed much information about his love life. Last girlfriend – and probably the only one we know about – was Corrina Kopf, an Instagram star and Youtuber. However, Turner is no longer in a relationship with her, but they remained friends. He is really taking care of his privacy. Tfue is far from a stereotypical couch potato gamer, he loves swimming, surfing, skateboarding, cycling, as well as skimboarding.

Tfue started his career at the age of 12, and he created a Youtube channel with his older brother Jack Tenny. The name of the Youtube channel was JOOGSQUAD and their content was established from trampoline stunts, surfing, scooters and skateboarding. After that, he started playing online games and began his live-streaming career.

Tfue was a professional player in other battle royale titles, such as H1Z1, where he represented Denial Esports in 2017. Later that year, he decided to leave the game and esports organisation, as he joined team Rogue to become a member of its PUBG roster.

In April 2018, Tfue left Rogue and signed a contract with FaZe Clan as a professional Fortnite player, and that is the time when he gained massive popularity. In May 2019, Tfue began legal proceedings against FaZe over his contract. After 15 months of lawsuits, both sides eventually reached a settlement in August 2020, releasing Tfue from his FaZe contract. While he was a member of FaZe, he played not only as a solo player but also in a duo with teammate Dennis ‘Cloakzy’.

Lately, Turner prefers other games than Fortnite. For example, he is engaged in speed runs in Minecraft, playing Warzone, Among Us or other games that are trendy at the moment.

How many subscribers does Tfue have?

It has been already said that Tfue started his career back in 2012 when he shared the YouTube channel JOOGSQUAD with his brother. In May 2014, he started his own channel, originally focused on Call of Duty and Destiny. In late 2016, he moved to H1Z1 and then to PUBG. His channel had only 70,000 subscribers until he was invited to FaZe on April 30, 2018.

Tfue’s Twitch and YouTube both blew up enormously after he became a member of FaZe Clan. On May 31, 2018, he reached the milestone of 1 million subscribers. His popularity grew massively as the number of subscribers increased by a million every following month. He received his diamond play button for 10 million subscribers on March 30, 2019.

He began streaming on Twitch in 2015, and the number of followers evolved similarly to YouTube. On February 13, 2021, Tfue managed to exceed 10 million followers. As of today, Tfue's Twitch channel has more than 10,4 million followers, and that makes him the second most followed Twitch streamer just after Ninja. He has more than 283,000,000 views in total on his channel. Whenever he goes live, there are averagely around 22,000 viewers watching him throughout the whole time! Tfue is getting really close to hitting 8,000 active twitch subscriptions, he has currently 7,900 subscribers.

How much does Tfue make a year?

Tfue is one of the richest and highly paid Twitch stars globally. His earnings are mainly from online streaming and playing online games through Twitch and YouTube. His participation in the various tournaments made him one of the world’s biggest professional gamers. The amount of revenue depends mainly on his skill, experience, accuracy, and fan base. Tfue’s estimated net worth in 2021 is more than $10 million.

His major revenue source comes from his Youtube ads, Twitch subscriptions, donations, gaming endorsements, sponsors and earnings from competitive Fortnite tournaments. Tfue currently has around 8,000 paying subscribers, plus if we add the donations he receives during his streams, it means he makes millions per year from his Twitch revenue.

His YouTube channel generates large income, too. With 12 million subscribers and over a billion total video views, his estimated earnings are around $1 million a year at least. As a professional player, he also made a significant amount of money from prize money on tournaments. His biggest win was a $510,000 grand prize shared between him and his duo partner Cloakzy.

Tfue's two biggest controversies include a dispute with FaZe Clan, with whom he has been under contract, and with Ninja, which has been his biggest rival in popularity.

Tenney signed a contract with FaZe Clan in April 2018, and one year later, in May 2019, while his popularity was growing, he began to realize how unfavourable the contract was. The team reportedly took up to 80% of his earnings. Three months after he filed a lawsuit and a counter-complaint. He even made a short video "My Response #ReleaseTheContract" in which Tfue tried to explain the situation and this video went viral overnight.

The long process began and they spent long 15 months in court. FaZe Clan and Tfue settled their dispute in an out-of-court settlement. They shared on their social sites: "FaZe and Turner Tenney joyfully announce that they have concluded their differences and disputes. Both sides wish each other good luck for the future." Anyway, Tfue is now released from his contract. But whether he decides to sign with another organization in the future is not yet known.

It’s no secret that Ninja and Tfue are rivals, and it's caused by many reasons. For many years, they have been fighting for the position of the best player and streamer. Everything started with playing H1Z1, then PUBG, and finally now it's Fortnite. Their feud seemingly calmed down when Ninja switched for a couple of months from Twitch to streaming platform Mixer in August 2019. Actually, it did not end. In late 2019 Tfue tweeted: "Fortnite kinda f***ing sucks now tf happened?", and Ninja came to the game’s defence when he said: "I actually have been enjoying the game recently after the Gotham City update. If you don't enjoy the game, stop playing and roasting it all the time.".

On top of that, there was an accident, when someone hacked Ninja's Twitter and invited Tfue to a fight. Although Ninja soon got his account back, Tfue decided to react with a video in which he challenged Ninja to a real fight, just as KSI and Logan Paul did it in the past. Ninja just replied with a simple Tweet: "I have no interest in fighting you @TTfue. I don’t hate you, I don’t want you to fail, but I also don’t appreciate you using my Twitter being hacked as a publicity stunt. It was a breach of privacy which nobody deserves to deal with, your making it worse for me and helping him."

Another controversy happened on April 25, 2020, when MrBeast created a Rock Paper Scissors charity tournament in response to the COVID-19 pandemic. The tournament contained 32 influencers and Turner was one of them. Tfue decided to live stream this event to share his perspective, but he accidentally leaked an URL to the call where they all were. That was not his only fail, Turner also accidentally revealed MrBeast’s phone number and he regretted it bitterly, trying to fix it up with various apologies and even donating $10,000 to Mr. Beast.

Tfue is successful in playing tournaments, there are some of them:

2019 – nomination for social video on StreamyAwards