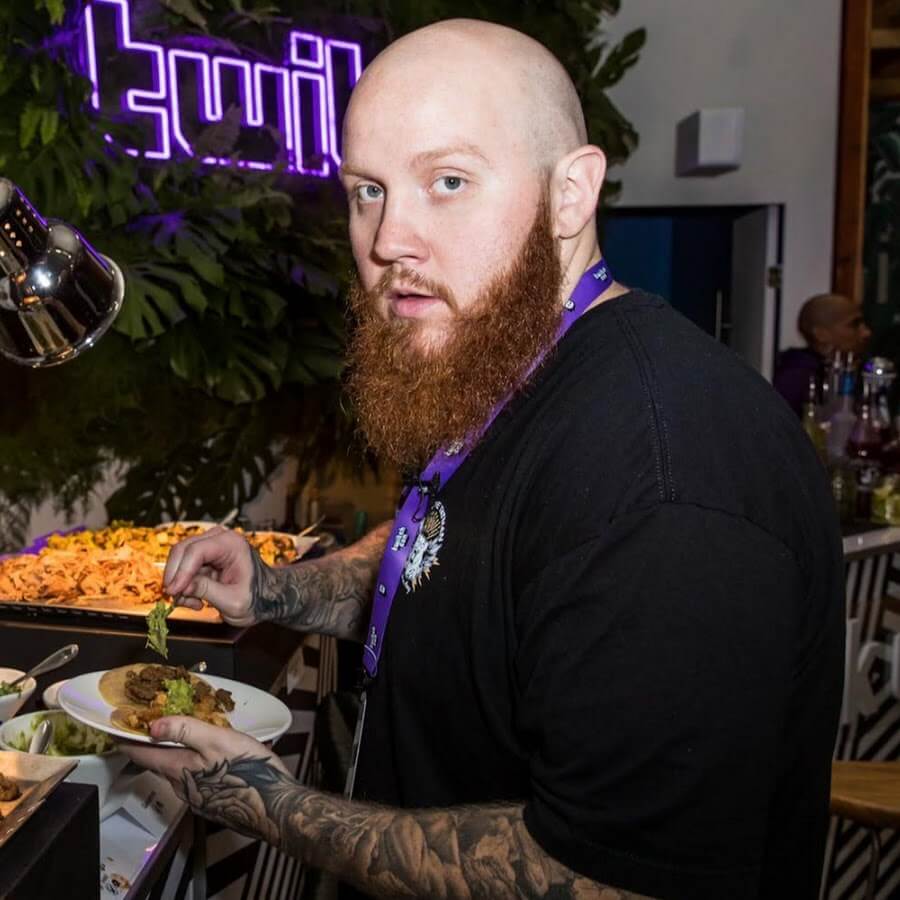 Timothy John Betar, known under the pseudonym TimTheTatman, is an American Twitch Streamer, YouTuber and Fortnite player. He is well known for his Fortnite: Battle Royale gameplays and collaborations with other big Twitch streamers such as Ninja, CouRage, DrLupo and BasicallyIDoWrk. Tim has over 6,6 million followers on Twitch, which makes him the 10th most followed Twitch streamer. People fell in love with his boisterous and positive attitude.

Timothy gained popularity for playing everything from Overwatch, COD, Counter-Strike: Global Offensive to World of Warcraft. Still, his name really exploded during the Fortnite boom in 2018. Ever since first going full-time with streaming games several years ago, TimTheTatman has become a trusted, exciting, and fun gaming celebrity to millions of gamers everywhere.

Timothy John Betar was born on April 8, 1990, in the USA. There isn't much information about his life before the twitch career. He married his wife Alexis in August 2016. On April 11, 2019, they welcomed their first son, Brewer.

TimTheTatman started his Twitch career in 2012, broadcasting his favourite game, Call Of Duty: Black Ops 2. In 2013, he began to upload montages and updates from his streams to his YouTube channel. At first, it was from the COD: Black Ops 2, he uploaded montages such as quick scopes, no scopes etc. In 2014, Counter-Strike: Global Offensive was released, and he started streaming it and making highlights of it on his YouTube. He started additionally streaming various games such as WOW, Overwatch. His channel's variety, enthusiasm, and comedy energy have attracted thousands of viewers each day.

His channel really took off when he started streaming the new game called Fortnite in 2017, a battle royale online game developed by Epic Games. Tim wasn't the only one who live-streamed the game and saw a massive increase in followers. Popular gamers like Ninja, Tfue and many more grew up enormously in popularity during streaming Fortnite.

Tim is gaining more and more popularity since then. He became a certified Twitch partner in 2019, and he is one of the most popular gamers on the platform. TimTheTatman is sponsored by Monster Energy eSports and the Audio-Technica Corporation.

How many followers, viewers and subscribers does TimTheTatman have on Twitch?

Whenever he goes live, around 22,000 viewers are watching him throughout the whole time! TimTheTatman is currently having more than 23,000 active Twitch subscriptions.

TimTheTatman also has YouTube Channel with more than 3,34 million subscribers.

How much does TimTheTatman make a year? Net worth!

TimTheTatman's net worth is thought to be one of the largest in streaming. While some conservative estimates put his total worth at around $5 million, Forbes claims that TimTheTatman is worth $8 million.

If we count streaming on Twitch alone, TimTheTatman earns approximately $1 million a year. His current subscriber count of more than 23,000 subscribers makes him anywhere between $50,000 and $100,000 per month. Of course, it is not the only revenue TimTheTatman has. He generates money from ads, merchandising, his YouTube channel and sponsorships. SocialBlade estimated his income from YouTube to $720,000 per year. If we try to count everything together, TimTheTatman earns more than $2 million a year in total.