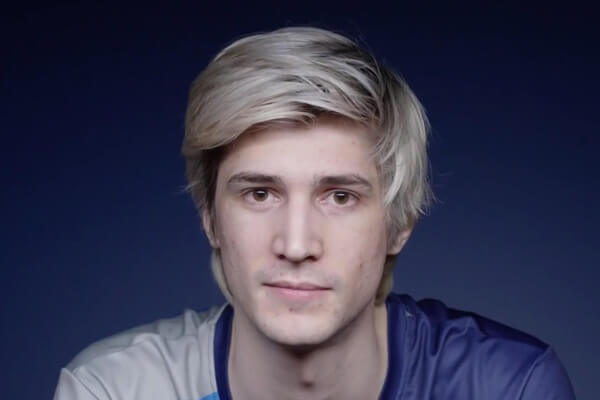 Félix Lengyel is a Canadian Twitch streamer, YouTuber and former professional Overwatch player. He is better known online as xQcOW (or simply xxQc). Lengyel participated in the Overwatch League for part of the inaugural season in the name of the team Dallas Fuel. Nowadays, he is a full-time streamer on the platform Twitch.

As we said earlier, xQc is from Canada, he was born in Laval, Quebec. When he was an infant, his parents divorced, and he grew up in shared custody with his brother Nicolas. Lengyel loves sports since childhood, his favourite was snowboarding and skateboarding, and he enjoyed playing video games, too.

Lengyel completed his secondary school, however, he never graduated at the pre-university. He studied humanities, later administration at CEGEP but dropped out just before graduating, after 3,5 years of studies. Félix started streaming video games shortly after that. xQcOW has been playing games his whole life, he enjoys RIOT and Blizzard's titles the most, that's why he started off his streaming career on Twitch playing League of Legends and later Overwatch.

There are many questions from his fans that have never been answered. Félix is guarding his privacy as much as possible, he does not share much personal information with his community. We all respect that, but fans are fans. They love to create various conspiracy theories, trying to prove them through social media. The hottest theme has always been his love life. His community was convinced he is dating Twitch streamer Adept. She has been living with him under his roof as his roommate and the fans always suspected there is something more in their relationship. And you know what? They were right! Adept was streaming GTA V Roleplay, and xQc came in without knowing she has the webcam turned on. He hugged her, cuddled her and kissed her. After this, they were so overflooded by people that they had no other choice but to confess they were a couple!

xQcOW has always loved playing League of Legends, he even wanted to become a professional LoL player. He discovered the Twitch platform one day, and he was immediately impressed by all the personalities and entertainers. xQc decided to change his life, and he started streaming LoL, even though his skills were not the best.

In 2016, everything had changed in his favour when he started playing Overwatch. The game seemed to be perfect for him, he managed to master the game tactics in a concise amount of time. His high-level plays were far more impressive than anything he had accomplished in League of Legends so far. Thanks to his talent and skills in this game, his publicity grew quickly. Eventually, he was approached by an esport team. In the summer of 2016, he joined DatZit Gaming. His dream came true, and he officially started his professional gaming career. He proved his qualities, Félix and his team became winners of the Dreamhack Montreal 2016 Overwatch tournament.

xQc was considered the top Overwatch player, and he joined esport team Denial eSports in October 2016. Even though their team wasn't seen on top, xQc was entirely concentrated to become an Overwatch TOP player. He participated in various tournaments, even in the first iteration of Overwatch Contenders. In 2017, xQcOW achieved another significant milestone in his life - he joined a famous Dallas Fuel organization.

In 2018, Félix was suspended by Dallas Fuel due to homophobic remarks made on his Twitch stream directed against rival player Austin "Muma" Wilmot. He was fined $2,000 and suspended for 4 matches, they even extended the suspension to include the entirety of Stage 1. He started focusing more on his Twitch career, though he tried to stay somehow in competitive play.

xQc has been streaming on Twitch since 2015 and was soon recognized for his skills in Overwatch. After joining the professional gaming career, it became his #1 priority. Despite that, he kept streaming on Twitch regularly, and his community was growing up thanks to his big achievements. xQcOW left his eSport team Dallas Fuel in 2019 due to his toxicity followed up with various suspensions. In October 2020, he joined Luminosity Gaming as a full-time streamer and content creator.

Félix Lengyel has taken his full-time stream job seriously, and he started streaming (avg.) 9 hours every day (and he is keeping that schedule until today). While he is still playing Overwatch regularly, he added fresh new content. Félix started playing games with various genres on his stream. xQc enjoys playing newly released titles with his community, and he often plays games based on suggestions from his viewers. He even started IRL (In Real Life) Streams, primarily for big gaming events like BlizzCon or Twitchcon, occasionally PC Set-Up reviews, various PO box openings, etc.

How many followers, viewers and subscribers does xQcOW have on Twitch?

As of today (24/05/21), xQcOW's Twitch channel has more than 5,7 million followers, and that makes him the 12th most followed Twitch streamer. He has more than 355,000,000 views in total on his channel.
Whenever he goes live, in his case, every day, there are averagely around 100,000 viewers watching him throughout the whole time!
xQcOW is getting really close to hitting 80,000 active twitch subscriptions, he has currently 79,600 subscribers.

xQcOW also has YouTube Channel with more than 1.6 million subscribers.

How much does xQcOW make a year? xQcOW net worth!

As of today, xQc averages around 100,000 viewers on his Twitch streams. This puts his overall earnings at around $400,000 per month. Additionally, he also has a popular YouTube channel, partners and other smaller gains.

xQcOW's net worth is, as of 2021, estimated to be worth more than $4 million. If we look closer at his earnings, xQc earns over $5 million overall from his Twitch and YouTube revenue per year. His YouTube channel already has more than 720 million views on his content. On Twitch, xQc streams daily for around 9 hours. His streams regularly get more than 100,000 average viewers, and he has almost 80,000 active twitch subscribers.