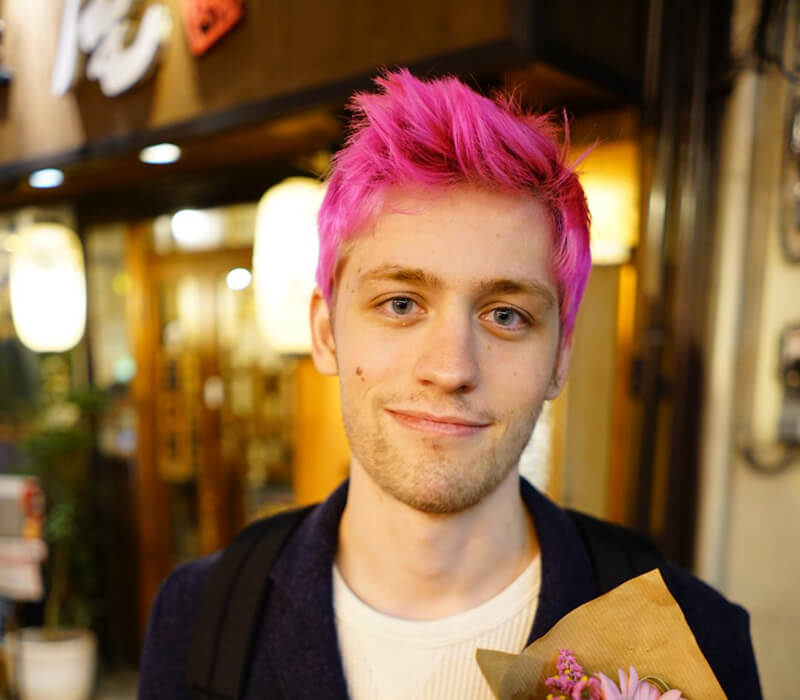 Sodapoppin is an American variety Twitch streamer. That means he is not bound to one game. Most of the time, he streams whatever game he feels like playing, is popular, or his audience wants him to play. He is also known for streaming "Just chatting" before it became a whole Twitch genre. As he is often referred to by his chat, Soda was born on  February 15th, 1994, in Austin, Texas. He used to be one of the most popular World of Warcraft streamers before moving to variety streaming. His Twitch channel has over three million followers and 17,000 viewers on average when he is streaming. Soda is the 36th most-watched Twitch streamer and 24th most-watched English channel, according to Twitch Metrics. Morris also owns a YouTube channel with over a million subscribers and almost 400,000,000 views. His net worth is more than $ 8 million.

Sodapoppin is what you would call "an OG streamer", he started streaming in 2008. Before Twitch became a thing, he had already established a viewer base on a platform called Xfire, where he was the only streamer playing World of Warcraft.

He started streaming in November 2011 and moved to Twitch in 2012, where he continued to stream WoW. With half of Twitch's WoW followers viewing him, he was a very successful player reaching top ranks every season.

Before Just chatting blew up in popularity, Soda was already streaming his IRL adventures, simply travelling, daily activities or just goofing around. Risking his viewership who followed him for playing a specific game, he started streaming a massive variety of games. It turned out to be a huge success. His viewers often decided his games because, due to that, his Twitch channel experienced a great variety of new and old games and eventually got into online gaming.

In 2014 Soda started streaming blackjack and gambling in online casinos, both for real money and CS:GO skins. You could go into his stream on any of those days and see him win and lose thousands of dollars. There was a great controversy around that. A lot of people stopped watching his stream, but more actually started noticing it. In May 2015, Soda lost $5000 in one blackjack hand, with over 40,000 people watching his stream.

Morris is also known for co-owning Northern Gaming, the Canadien eSports organization, where he handled the World of Warcraft side of things. He personally went out and hand-selected a lot of teams for this organization. In August 2017, this organization was bought by NRG Esports, which is owned by Shaquille O'Neal, Alex Rodriguez and others. Soda then became a part-owner of NRG and their advisor for WoW events. Esports Insider stated: "It's the end of a short road for Northern Gaming, but their story will be looked back on as an example of achieving quick success in esports."

Sodapoppin and other streamers

In October 2017, Soda beat Dr DisRespect in the H1Z1 invitational tournament. However, he didn't make it into the top 10 and got eliminated afterwards.

Despite being a Twitch celebrity who can stream whatever he wants and being a co-owner of a huge eSports organization, he didn't lose touch with his roots. He was still playing feral druid in WoW on some days, sometimes even playing with or against other streamers. Dueling Asmongold in Gurubashi arena or one of the greatest WoW rogues, Reckful.

Dеѕрitе bеing а рорulаr ѕtrеаmеr, he hаѕ been banned on ѕеvеrаl оссаѕіоnѕ from Twitch, hе hаѕ bееn bаnnеd fоr hаrаѕѕing а Twitch ѕtаff, logging into on a second Twitch account to watch other streamers, wаѕ аlѕо bаnnеd fоr “fооt роrn” аnd рrоmоtiоn оf illеgаl асtivitу. There is a great controversy surrounding Soda, people either love him or hate him, he doesn't go far to express his opinion, and that is what makes people feel that way about him.

What to expect from Sodapoppin streams?

These days, he is the go-to variety streamer when people aren't sure what to watch. Many broadcasters are linked to a game of their choice. When you say Ninja or DrLupo, you immediately think about Fortnite. Shroud is the king of FPS games, and pro players are an extension of a game they dominate. When Soda plays a game, you can be sure that game will be pushed to the top 10 amongst most-watched games on Twitch. His stream is averaging 5-digit viewer numbers, and you can expect anything from hand simulator to WoW nostalgia when you pop into his stream.

He does full playthroughs throughout the biggest titles in games. Mail time, where his viewers can send him whatever they want, and he opens in on streams. "Shitshow Saturdays" where he runs through a massive list of games decided by his subscribers. "Sellout Sundays", where he just hangs out, listens to music and watches videos all selected by chat donations.