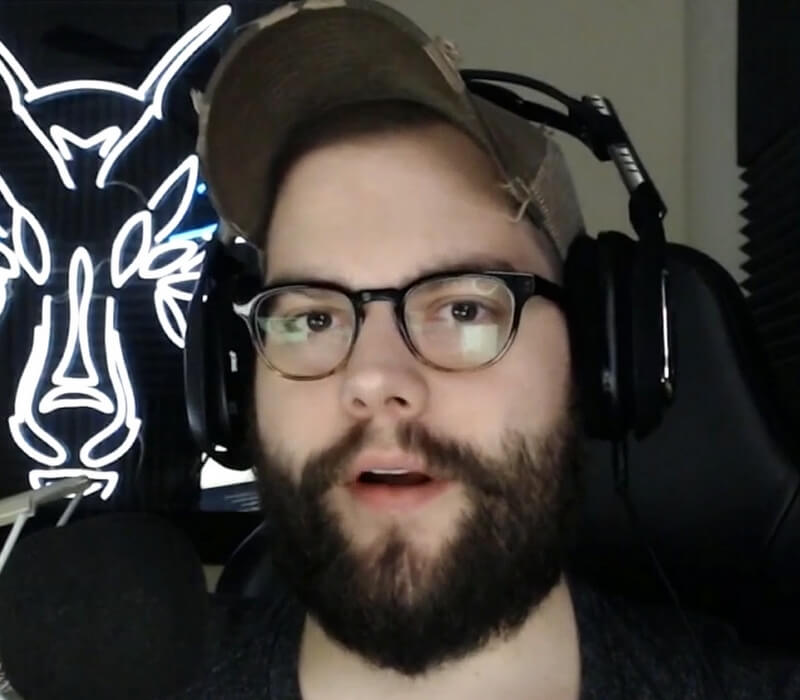 Brett Hoffmann, aka dakotaz, is a Twitch streamer and YouTuber from Michigan, USA. He is best known for playing Fortnite: Battle Royale. Dakotaz started his career playing survival games, then switched to Fortnite only, and now he plays a variety of games, including Among Us. Dakotaz streams on Twitch every day and uploads on his YouTube channel at least 3 times a week.

Brett was born on July 13, 1986, in Dearborn, Michigan. He has a twin brother known under the pseudonym Drnkie, who is also streaming on Twitch and uploading videos on YouTube. Dakotaz attended P.D. Graham Elementary School in Westland, Michigan. Several years later, Hoffmann decided to move from the family to his own home in Vegas, Nevada.

Dakotaz keeps his personal life really private, and he is not revealing any information on the internet. He broke up with his girlfriend in 2020 after an 8-year long relationship. Brett opened up about his personal issues on Twitter, where he admitted he had drinking problems. He is sober now for one year and came back stronger than ever.

Brett started his Twitch career in 2012, and in the same year, he started uploading gaming videos on his YouTube channel. The first games that appeared on his channels were The WarZ and Infestation: Survivor Stories. Dakotaz began to gain popularity amongst the survival game community. He is known for his talent at games and the relaxing atmosphere on his streams.

His channel exploded drastically after the release of the game Fortnite in 2017. Fortnite had immediately brought significant attention, and many streamers used its potential. Dakotaz quickly mastered the game and showed his high skills on his Twitch streams. Thanks to that, his community grew up enormously. In January 2018, Hoffmann joined Team Solo Mid (TSM) along with streamer HighDistortion. When Dakotaz crossed the milestone of one million subscribers on February 12, 2018, he revealed his face for the first time.

One year later, in January 2019, Brett decided to leave TSM. In December 2019, Brett had a feud with Tyler "Ninja" Blevins, as they backlashed each other at their streams and Twitter accounts. Everything started when Brett said that Fortnite is "hot garbage", and Ninja didn't like it. This beef ended when Dakotaz decided to block Ninja on Twitter.

In 2020, Hoffmann took part in the charity stream Australian Fire Relief, which raised money to help fight the fires, save and protects animals and rebuild the forests in Australia. Hoffmann raised $21,000 for this event. As of 2021, Brett's streams consist mainly of Among Us and Valorant with streamers like Disguised Toast, Hafu, xChocoBars and more. Brett signed an exclusive contract with Loaded, a gaming talent agency representing top gamers including Ninja, Shroud and CouRage.

How many followers, viewers and subscribers does dakotaz have on Twitch?

As of today, dakotaz is 20th most followed Twitch streamer in the world, with more than 4,6 million followers. He has more than 131 million views in total on his channel and over 10 thousand hours streamed.

Whenever he goes live, more than 10,000 viewers are watching him throughout the whole time! Dakotaz is currently having more than 3,100 active Twitch subscribers.

Dakotaz also has YouTube Channel with more than 2,9 million subscribers.

How much does dakotaz make a year? Net worth!

As of 2021, Dakotaz's estimated net worth is established to be approximately $3 million.
He earns money from Twitch, YouTube, sponsorships and merchandise. His YouTube channel gets an average of 130,000 views per day, which should generate around $180,000 per year from the ads in the videos. Dakotaz currently has over 3k active subscribers on his Twitch channel. His revenue from Twitch subscribers would be around $85,000 a year, and that's without donations!