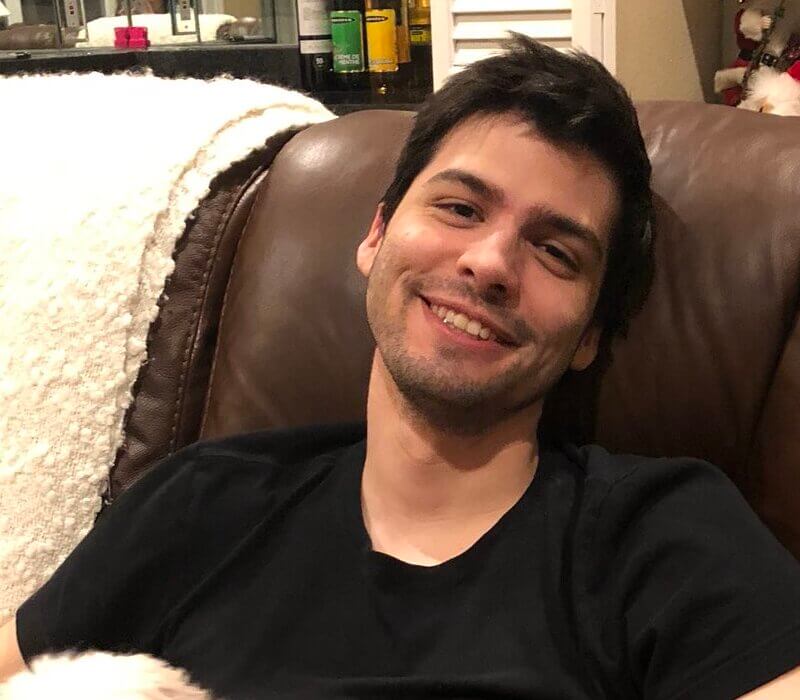 Dogdog is an American twitch gaming streamer and YouTuber. His real name is David Caero, and he was born on 1st March 1994 in Texas and currently lives in Las Vegas. He is most known for streaming Battleground and Teamfight Tactics, which are round-based strategic spinoffs of Hearthstone and League of Legends. Dogdog earlier pursued a career in competitive gaming as a member of Team Liquid (BG) and then Golden Guardians (TFT). After this experience, he continued his journey as a content creator.

Dogdog's streams are best described as educational due to his explanatory skills and his overall knowledge of mentioned games. His viewers describe him not only as a great gamer but also as a generally nice guy, well-spoken and finally, a good-looking man. Instead of rage quits, for which are some of his fellow streamers known, his stress from playing manifests itself into constant excessive clicking, as described by his fans. Overall, viewers see his twitch platform as a great place to learn his skills and become better gamers, but in a friendly and welcoming environment.

David's YouTube channel consists mainly of highlights from his streams. These highlights are usually about 20 minutes long, which makes them easier to watch regularly, instead of 7-hour long streams. Those videos also show only the most interesting or unexpected plays, so it is a great way to beguile possible new followers.

Dogdog is married to a twitch streamer called Hafu, who also has a history in competitive gaming. Besides Hearthstone, which they have in common, she’s also focusing on World of Warcraft and Bloodline Champions.