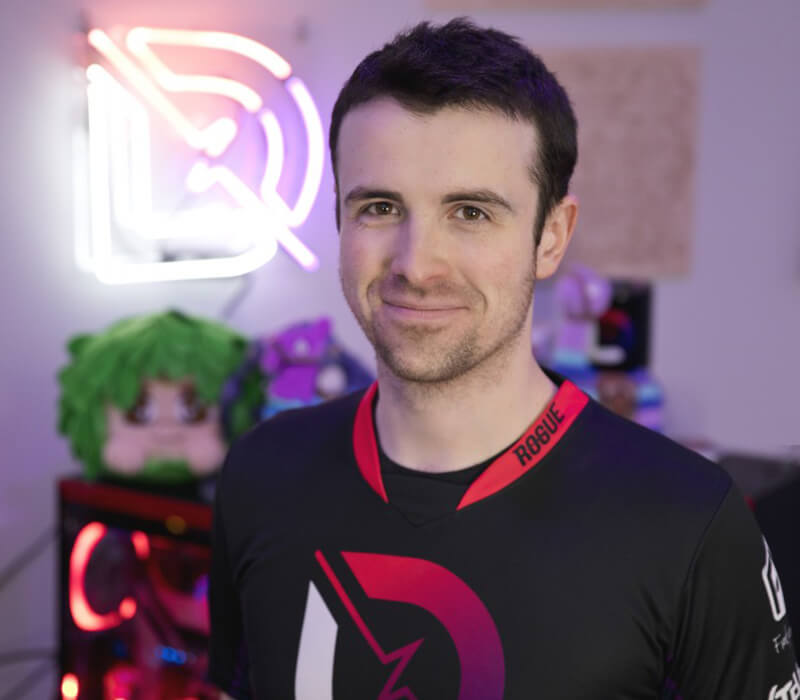 DrLupo is an American professional gamer and streamer. Lupo's real name is Benjamin Lupo, and he is best known for playing Fortnite on Twitch.

He is known for his charity works, running 24 hours streams to raise money. Benjamin Lupo is also a member of GuardianCon. This is a group of people affiliated with Destiny supporting St. Jude's Children's Research Hospital.

Is DrLupo an actual Doctor?

Although Benjamin kinda looks like a doctor, he is not. His nickname DrLupo started as a joke in college. His father was a psychology professor at the university he attended. Benjamin's college friends changed his in-game name to DrLupo because they thought it would be funny imagining they are getting wrecked in Halo by their psychology professor.

In an interview with Red Bull, Benjamin mentioned this nickname means a lot to him. He said that he believes people die twice in this world. Once when their body dies, and the second time when their name dies out and is never mentioned again. Benjamin stated that he always imagines his father when anyone calls him DrLupo, serving as his memorial.

The Career of DrLupo

The first stream on Twitch is dated back to 2013. Benjamin started his streaming career by streaming Destiny, a first-person looter shooter game with MMO elements.

He later moved to stream more popular games because of a lack of audience. Benjamin streamed H1Z1, one of the first battle royal games and moved to Fortnite, which is amongst the top watched games on Twitch to this day. You could witness DrLupo playing Fortnite with many other major Fortnite content creators like TimTheTatman, Myth or even Ninja. Channel DrLupo started snowballing, and he got a contract with Twitch in 2019. Lupo holds a record for the most trick points with the Quadcrasher with a score of 49,256,200.

Besides playing Fortnite, Benjamin plays a wide variety of games and is also very successful. He was ranked as the best Fall Guys player in the world. In 2020, DrLupo played Escape from Tarkov on stream for the first time. He enjoyed the game and called it an "Absolute blast". He also mentioned that the game is unique and can be approached in various ways.

How much does DrLupo make a year? Net worth!

DrLupo's estimated net worth is over $3 million, and it is rapidly growing. You can expect him to cross the mark of $4 million really soon.

Lupo's YouTube channel has almost 2 million subscribers with total views up to 130 million. With him getting over 100k views every day on his Fortnite gameplay videos, he makes around $180 or more per day.

In 2020, DrLupo joined the Among us OfflineTV streams to help support fellow streamers who dipped their toes in politics. He publicly supported Ilhan Omar and Alexandria Ocasio-Cortez, better known as AOC. At this time, he played with some big names, including Disguised Toast, Pokimane and Myth.

He raised more than $600,000 for St. Jude Children's Research Hospital.

A couple of years later, he raised more than $2 million and donated it to the same hospital.

DrLupo was the first of the major streamers who publicly announced that all donations donated to the DrLupo account are going to finance St. Jude Children's Research Hospital. This announcement was made in late 2020.

How many fans does DrLupo have?

The most viewed DrLupo videos