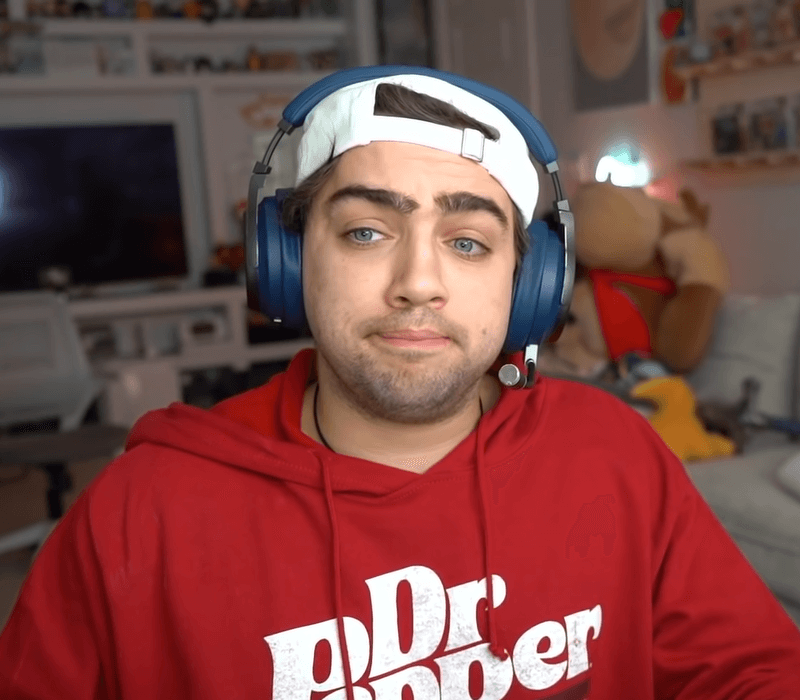 Matthew Rinaudo, known under the nickname Mizkif, was born on 14th February 1995. He is a twitch streamer and a YouTuber who provides his viewers many different kinds of entertainment.

His content remained the same as when he started streaming in 2016. Back then, Mizkif had only a smaller number of followers. Still, with his sense of humour and consistent, relatable content, he slowly started gaining more. But that is not all that helped him on this journey to fame. As unlikely as it may seem, the undeniable starting point was his task as a cameraman for, at that time, already famous twitch streamer Ice Poseidon. While working for him, Mizkif’s name appeared more consistently amongst the Twitch community, and his numbers grew even more.

Matthew's streams and YouTube videos show that the identification mark is entertainment of all kinds. He benefits from himself being an extroverted and talkative individual, as he often invites other influencers to make content together. Nowadays, you may see other YouTubers, streamers, actors and other famous people attending his videos: laughing, telling stories and attending various challenges. Besides that, his platform heavily relies on vlogs, play-pretends and interviews. Same as many fellow streamers, Mizkif is interested in gaming as well. This interest of his showed in creating a gaming organization called One True King, alongside other twitch streamers.

On his platform, Mizkif also hosted a show called Schooled, where other streamers competed against each other in basic school subjects. Even though the show itself was called out several times for contestants cheating, Matthew made more than one season, always trying to make it even better than the last one. And this very persistence might just be the thing that makes Mizkif’s platform special and what his fans appreciate.