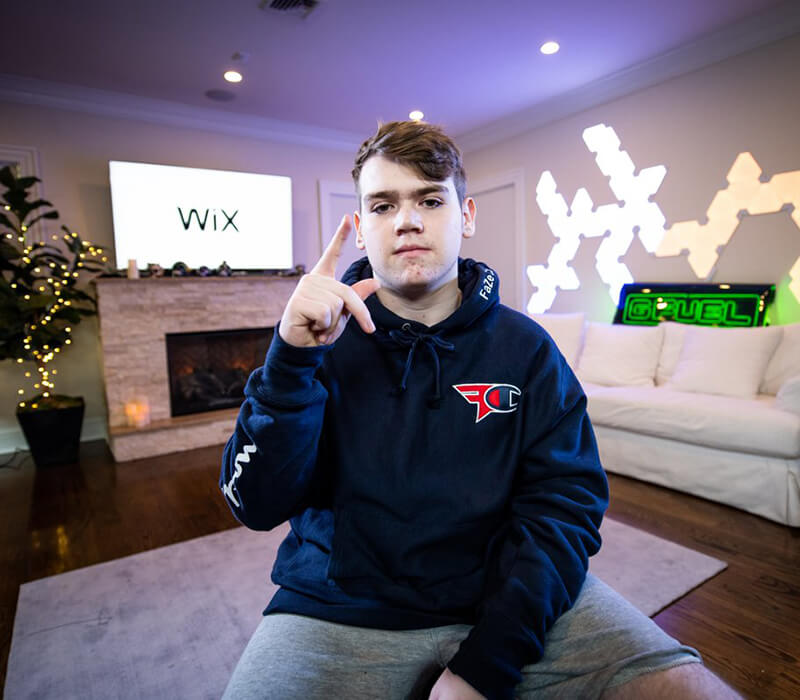 Kyle Jackson is Mongraal's real name, and he is a British number 1 player and the youngest player on the Fortnite competitive scene. Kyle was born on the 13th of August, 2004. At the age of 13, he found massive success as a Fortnite pro-player and was featured on BBC news. Kyle joined Team secret in 2018 and played a whole year as their member before leaving them for Faze Clan and entering it on the 7th of July, 2019.

How much are Mongraals earnings? Net worth!

Kyle's estimated net worth is at least USD 1,5 million. Most of Mongraal's earns come from Twitch subscriptions and donations, YouTube, merchandise and sponsorships. Kyle has won over $160,000 in 7 tournament appearances. His biggest hit was on the 28th of July, 2019, when he placed 13th at the Fortnite World Cup Solo Finals.

Summer Skirmish is a tournament hosted by Fortnite developers. This tournament happens every week and takes on multiple days to finish. Mongraal was more than qualified to play in these tournaments. The only problem was that this competition is only for participants that are older than 15 years. This revolted in many controversies, with Mongraal himself complaining that it's unfair because he cannot influence his age.

Nothing really happened, and Mongraal joined these tournaments once he was able to. He still competed in UMG Friday Fortnite, the Pog Solo Tournament, and the BP Open Squat tournaments. At this time, his teammates from Team Secret included Sak0ner, Domentos, Wizkay and Secret Osmo.

BBC did an interview with Kyle in April 2018. As the youngest competitive Fortnite player and #1 British Fortnite player, it's no surprise that Mongraal was drawing a lot of attention. For some time, he did a lot of interviews in various British and worldwide streaming broadcasts.

Kyle said that he has been playing games his whole life and started playing more competitively when he was 9 years old. At this age, he was playing a lot of Halo, Call of Duty and H1Z1, arguably the first battle royal game before he fully transitioned to Fortnite.

Being a professional gamer at only 13 years meant Kyle still needed to maintain his school duties. Kyle responded that he has no issues maintaining his grades and has a lot of time to study, even though he spends most of his time playing Fortnite.

Mongraal and his edit course

Introducing Fortnite's Creative was a huge deal for Mongraal. Being a top Fortnite builder and one of the fastest builds editor meant he had many ideas for various training maps and courses. Once he was done with multiple maps from different content creators, he created his own building/editing course. Kyle also offered a bounty of $500 for whoever can finish this course the fastest.

Popping into Mongraal's streams means you will be dealing with very expressive content. You might find him screaming from the top of his lungs, making some really aggressive plays or ranting about the Blade of infinity. This last part was a joke, the Blade of infinity is no longer part of Fortnite. Still, when it was, multiple streamers had issues with it because anyone could just slam dunk them back to the lobby. Mongraal had a really long and famous rant about it.

Being this young means he also has a young audience which some people might call toxic or just be too much for them.

On the other hand, he can offer some really experienced advice and chill vibes if you tune in at the right time.

Mongraal's YouTube channel was created in December 2015 and mainly includes highlights from his streams. The most-watched videos are "No Scope Win in Fortnite Season 8"," 31k Solo Squad", and "Intense 39 Kill Solo vs Squad Win". Kyle collaborated with other famous streamers, including Deji Olatunji, Benjyfishy, MrSavageM and Symfuhny. This channel is updated regularly and well maintained.

The most viewed Mongraal videos

This data was gathered on January 2021

Twitch has over 4 million followers