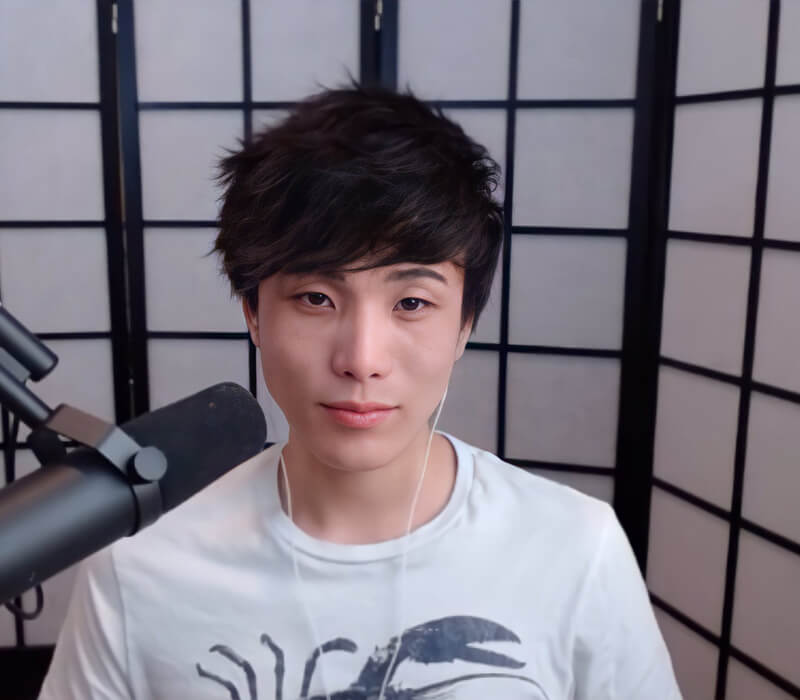 Sykkuno is a very shy person, and there is not much known about his personal life. His real name is Thomas, which was accidentally leaked on Quarterjade’s stream, and his last name is unknown.

Thomas was born on June 4th, 1991. Sykkuno is an American Twitch streamer and YouTuber. He is known for streaming a variety of video games such as Valorant, Minecraft, League of Legends and GTA RP or “Just chatting” content and just hanging out with his chat.

Thomas was born in California, United States. On one of his streams, Sykkuno revealed he has one older and younger sister. Sykkuno is half-Chinese and half-Vietnamese. Thomas has a bachelor’s degree in mathematics and a master’s degree in statistics. He worked as a software developer before his popularity as a streamer skyrocketed. In January 2021, Sykkuuno moved from Los Angeles to Las Vegas, Nevada.

Sykkuno started his YouTube career in August 2011. He had a different channel called Sykku and posted a couple of League of Legends commented gameplay videos back then.

In August 2014, Sykkuno’s friend LilyPichu, a member of Offline TV, revealed a photo of her and Sykkuno on Twitter. Sykkuno and Lily talked more about this picture in an Offline TV podcast and how Sykkuno gave Lily a bouquet of flowers.

In late 2019, Sykkuno started leaning more towards Twitch streaming and let go of League of Legends videos. He began posting highlights of him and his friends playing video games together on Twitch.

Sykkuno’s career started taking off in 2020 in the Among us series with an Offline TV crew. Arguably, the fact that Sykkuno finally started streaming with a webcam might have helped. He is known for having the largest female audience on Twitch and being the most wholesome streamer in the community.

He is known for playing with popular Twitch streamers, including Ryan Higa (Nigahiga), Valkyrae, Corpse Husband, DisguisedToast and Ludwig.

Sykkuno appeared in the Love or Host show. There is much controversy surrounding Rajjpatel (Austin) and his Rajjchelorette show (Love or Host). For simplicity, I won’t explain anything about what happened, and I’m going to call both hosts and show by its new name.

After being very successful on May 12th, Sykkuno got his own Love or Host show on May 27th. In the Sykkuno Love or Host show, he got all 10 participants to choose love for him and ultimately won the show.

How much does Sykkuno earn from Twitch?

Sykkuno has over 3.7M followers on his Twitch channel. Most of his Twitch income comes from subscriptions.

Sykkuno has over 30,000 subscribers, which would net him over $105,000 per month. Including all additional donations and ad revenues, Sykkuno makes roughly $110,000 per month from Twitch.

Sykkuno has over 2.6M subscribers on his main YouTube channel. His second channel remains inactive. Sykkuno posts around three videos per week and averages around 12,000,000 views per month. These numbers should earn him around $50,000 monthly through ad earnings.

How much money does Sykkuno make per month? Net worth!

Sykkuno’s total estimated monthly earnings are over $150,000 from YouTube, Twitch and sponsorship deals.