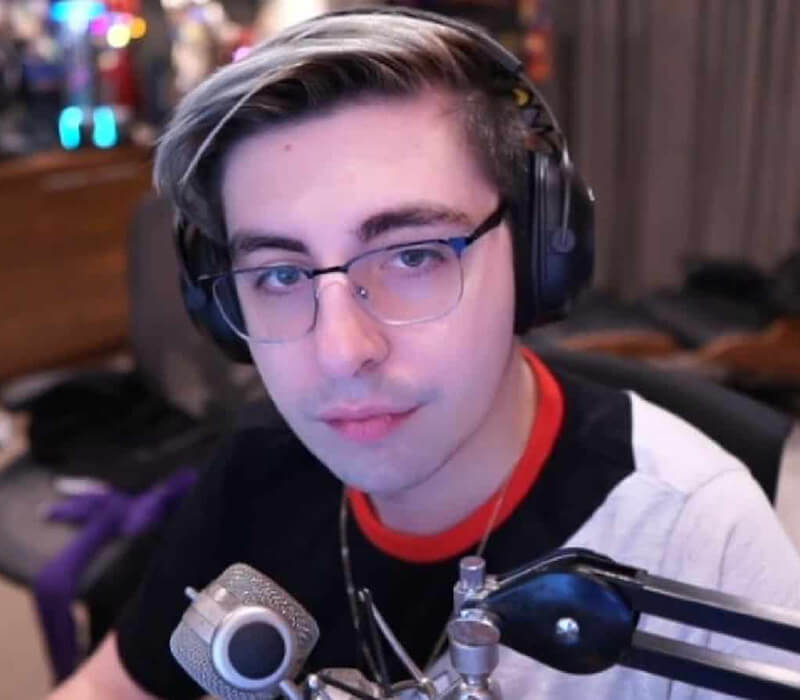 Shroud is a Canadian Twitch streamer, YouTuber and former Counter-Strike: Global Offensive pro player. Shroud’s real-life name is Michael Grzesiek, and he was born on June 2nd, 1994, in Toronto, Ontario.

In his life, Shroud got a lot of names, the human aimbot, king of Reddit, king of Twitch but most importantly, the king of FPS games. Shroud is a real gamer. He can pick up any game and adapt to it.

Shroud got introduced to gaming by his father, who built every PC they ever owned. His father shared that Shroud used to sit on his lap because he was always so tiny that he just played and goofed around. Things took turn when Shroud’s father introduced him to Counter-Strike: Source “He picked up the game in a couple of months, and then it was just pointless for me to sit with him and help him play.”

Shroud is currently dating Hannah’  Bnans’ Kennedy. She was born on July 2nd, 1991, in Ohio, United States. Before her streaming career, Bnans used to work as a digital marketing manager. After deciding to chase her dream as a streamer, Bnans streamed mostly FPS games like PUBG, Tom Clancy’s Rainbow Six: Siege and Destiny and Destiny 2.

Before Bnans started dating Shroud, she was a semi-successful streamer with a decent fanbase and was well-known among the FPS community. Since the two started dating, Bnans regularly appeared on Shroud’s stream, and the pair is in a live-in relationship.

There is no info about planned marriage so far.

Shroud was introduced to gaming by his father at a very young age. He picked up the basics of Counter-Strike: Source very quickly but stopped playing later. Things changed when a friend gifted him on Steam Counter-Strike: Global Offensive. Shroud started streaming in 2011, and according to him, he had zero viewers for almost a year.

Thanks to his streams, Shroud was scouted and became a part of several ESEA teams, Exertus eSports and Manajuma. Shroud was offered a spot in compLexity as a stand-in and later competed for Cloud9 in August 2014.

Shroud has a lot of mentionable moments in his pro career for Cloud9. He leads Cloud9 to first place at ESL Pro League Season 4 and second place in ESL One Cologne 2017. He was an all-star of the team, and later when new members changed, they looked up to him. He helped to train them and started playing more in the back. Shroud was no longer all-star, and he wasn’t worried to admit it.

When PUBG came out, Shroud started streaming it, and he was just smashing. This might seem like a good thing, but many fans weren’t pleased. His questionable performances in CS tournaments didn’t help it. Fans were mad that he is not practising CS: GO, plays PUBG instead, and Reddit was full of it. On April 18th, 2018, Shroud officially announced that he is stepping down from the Cloud9 roster and wants to see where his streamer career will lead him.

After quitting his streamer career, Shroud decided to become a professional streamer. Shroud is known as the king of FPS. Anything involving putting a crosshair on an enemy’s head is Shrouds game. If Shroud plays your game, it is highly likely it will be the number 1 watched game on the platformer. Even though he is the human aimbot, he doesn’t limit himself to play only these kinds of games. He also loves MMORPGs and even played Fall Guys or Among us.

He has streamed for over 9,100 hours on the platform and has acquired over 455 million total views. On March 10th, 2019, he reached 100,000 Twitch subscribers. He gained another 14,000 the next day, making his subscriber count more than double the runner-up streamer: Timothy “TimTheTatman” Betar.

Shroud had an ongoing rivalry with another top tier streamer, Ninja. These two did things completely differently and maintained a really high audience.  Firstly Ninja, riding the Fortnite hype wave and doing anything to please his fans. On the other side, we have Shroud, a completely chill guy who just does what he wants to do.

Things changed when Mixer came into play. The new streaming platform offered Ninja an astronomical deal of $30,000,000. Everyone thought that was it, and Shroud was gonna become the King of Twitch. Shroud even stated on one of his streams, “Hey man, Ninja’s gone... It’s all me, baby. Gotta take advantage”. Things massively shifted again when Mixxer offered Shroud a $10,000,000 exclusive deal.

So Ninja and Shroud were gone. They didn’t get that much audience. Some people, even though they quit streaming and didn’t even know they just switched to a different platform. Things got even worse when Valorant came out. Viewers could randomly get a  key for the closed beta for watching streamers playing Valorant, but only on Twitch. Shroud loved the game, and it looked like the two made for each other.

On June 22nd, 2020, Microsoft announced that it would be shutting down Mixer and instead partner with Facebook Gaming. People still argue if these deals with huge streamers were what caused the fall of Mixer. Many said Mixer should have focused on supporting smaller streamers, developing their own community from scratch, instead of buying out the biggest streamers of their competition. Shroud received an offer from Facebook Gaming to continue his contract with Mixer, but he was rejected.

After posting on his Twitter, “I love you guys and am figuring out my next steps,” Shroud took a one month break before returning his home, Twitch, stronger than ever. His first stream peaked at incredible 515,000 viewers.

How much does Shroud earn on Twitch?

Shroud has over 9.1 million followers and earns money through donations, advertisements and donations. He is known to have the best deal on subscribers and makes 70% of the profits. Forever tier 1 sub, which costs $5, Shroud gets $3.5.

Streamers on Twitch also make money from advertisements. The real number is not known but is estimated from $10 to $20 for every 1000 viewers.

Shroud streams almost every day and has a stable fanbase. His streams always hold somewhere around 30,000 viewers. With $10-$20 per 1,000 views, Shroud should be making somewhere between $8,000 to $16,500 from Twitch advertisement.

Streamers also receive money through donations when their viewers decide to send some. It’s hard to estimate streamers income from donations, but according to some sites, Shroud is getting $250 to $1000 per week from donations. On the high end, Shroud makes around $4000 per month from donations.

Shroud has two YouTube channels. The first one is for his videos with highlights for his streams, and the second one is for less edited records of his streams.

Shroud’s more popular channel amassed almost 7 million subscribers. These channels upload around 6 videos per week and get 300,000 views per video.

How much does Shroud earn per month? Net worth!

Shroud’s estimated net worth is $7,000,000 USD. In total, Shroud makes over $83,000 per month from his activities on Twitch and YouTube. Of course, YouTube and Twitch are not Shroud’s only source of income. He has other sources of income, such as sponsorships and his merch.

Logitech is probably the biggest Shroud’s sponsor. He collaborated with Logitech and created his own brand of gaming equipment, mouse, keyboard and headset. He also has sponsorships with postmates and Nitrado. Shroud likely receives a commission for every purchase that is made through his link or discount code. Shroud has merch available at jinx.

The most important deal is the one he made with Mixer. Shroud signed an exclusive deal with Microsoft company for $10 million dollars. When Mixer shut down, Facebook gaming offered Shroud a deal of almost double what he had with Mixer, but Shroud refused. He decided to move back home to Twitch.