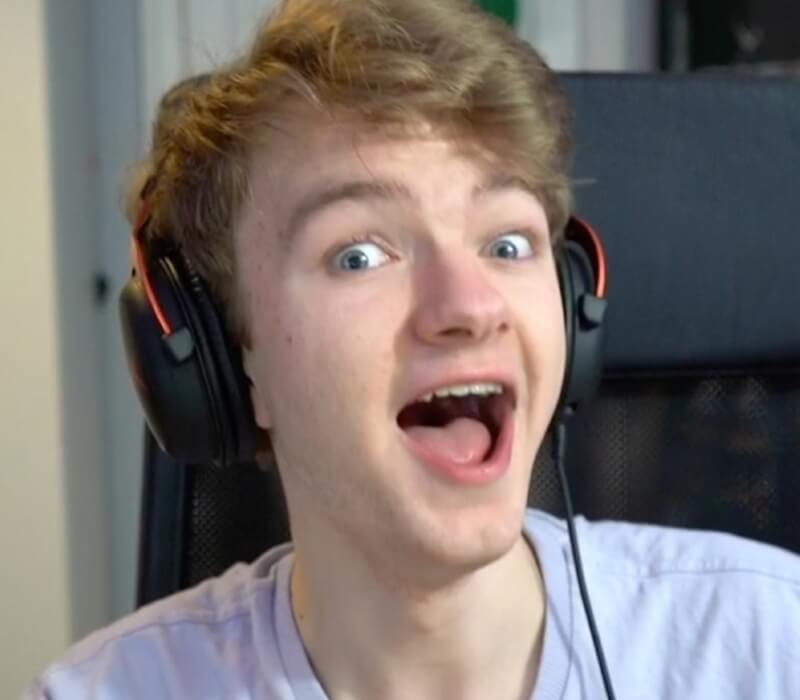 His Twitch channel broke two world records, and he is now the most followed Minecraft Twitch streamer. His Twitch channel is the 14th most-followed channel on Twitch, with more than 5,6 million followers. Simons has 7 YouTube channels, and he has over 18,9 million subscribers and 1,35 billion views in total.

Simons was born on April 9 2004, in Nottinghamshire, England. Tommy created his first YouTube channel at the age of 9, called Channelnutpig. He uploaded videos about Minecraft, but he was often bullied for it, as he was a young kid posting videos. Tommy later renamed this channel and made all the videos private. His main channel, TommyInnit, was created on December 24 2015.

His streaming career on Twitch started in late 2018. He started streaming PUBG, Fortnite and Minecraft. His Minecraft streams gained popularity, and his Twitch channel started to grow. He streamed mainly Bed Wars from the Hypixel Minecraft server.

TommyInnit started posting Hypixel minigame Skyblock on his channel in August 2019. Because of this series, his channel blew up, and he gained an instant growth from 4,8k subscribers to 66k within two months. Due to his success, Tommy started to receive invitations to private MC projects, such as SMPEarth, Skeppy's SMP, AnothaSMP, Blockworth Season 2 etc. In December 2019, his school teacher found out about his YouTube channel and even played his video in front of his class.

Simons has broken two Guinness world records with his Twitch channel in 2021. He holds the record for the most followed Minecraft channel on Twitch with more than 5,6 million followers. He also achieved the record for the most viewers of a Minecraft gameplay live stream on Twitch. This stream titled The Dream Smp Finale took place on January 20 2021 and peaked with 650,237 viewers.

How many followers, viewers and subscribers does TommyInnit have?

As of today, TommyInit is the most followed Minecraft Twitch channel with more than 5,6 million followers, which makes him also the 14th most followed Twitch streamer. He has more than 50 million views in total on his channel. His streams averagely watch more than 28,000 viewers. He peaked with 650,237 viewers, and he is holding the world record for the biggest Minecraft stream. Tommy is currently having more than 15,000 active Twitch subscriptions.

How many subscribers does TommyInit have on his YouTube channels?

How much does TommyInnit make a year? Net worth!

As of 2021, TommyInit's estimated net worth is established to be approximately $2,5 million.

Let's look at his Twitch subscriber count with more than 15,000 subscribers, expecting to stay the same throughout the year. Tommy earns approximately $450,000 a year from twitch subscribers only.

If we look at his YouTube revenues, he receives around 2,2 million views daily on his YouTube channels, which estimates his revenue about $1 million per year just from the YouTube ads in his videos.