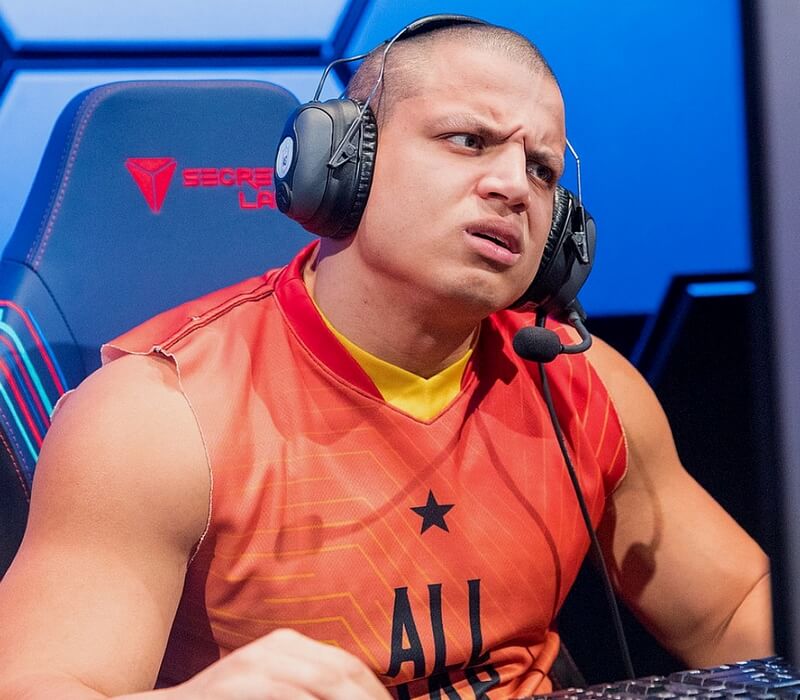 Tyler Steinkamp, better known under the pseudonym Tyler1, T1 or TT, is one of the most popular online gaming personalities and streamers on Twitch. He is the biggest Twitch streamer playing League of Legends with more than 4,2 million followers. Tyler is well known for his exploding personality, often outbreaks and attacks.

Due to his inappropriate behaviour toward other players, Riot Games suspended his account from April 2016 to January 2018. The internet gave him the nickname "The Most Toxic Player in North America". His first stream after unbanning in January 2018 peaked with 382,000 viewers, breaking the record for most viewers for an individual Twitch streamer. In October 2020, South Korean esports team T1 signed a contract with Tyler as a content creator.

Tyler was born on March 6, 1995, in Missouri, USA. Little is known about his early life, he attended Central Methodist University in Missouri, where he studied computer science. Steinkamp loves sports, while at CMU, he played as a running back for the university's football team. Later, Tyler withdrew his studies to focus on his streaming career.

Steinkamp met his love Macaiyla in 2016. She is an internet personality herself, as she is streaming on Twitch and has a big Instagram account. Their first conversation ever was, in fact, kind of negative because Macaiyla stream sniped Tyler, and then they exchanged messages. Later they met at Twitchcon and quickly formed a strong bond. They are happily together for more than 5 years living in their home in New London, Connecticut.

Tyler created his Twitch account in 2013, and in 2014, he ranked 14th on the North American League of Legends ladder. However, his stream really gained popularity in 2016. Steinkamp was not known for his high skills in LOL, he was initially known for his toxicity in the League of Legends community. For example, Tyler was verbally abusing and threatening other players, intentionally losing the game to upset his teammates etc. Due to this toxic behaviour, more than twenty of Tyler's accounts were permanently banned over several years.

Steinkamp's popularity was growing quickly, and other streamers and professional LOL players started to complain about his behaviour. According to them, if Riot Games does not take action against this kind of behaviour, they encourage and normalize player toxicity in the League of Legends community. On April 30, 2016, Riot Games permanently banned Tyler1 from League of Legends. He received an ID ban, which means that every single account he will play publicly will be immediately banned.

Tyler didn't give up after the ban and continued to grow his fan base, streaming other games than League of Legends. For example, he played the popular battle royale game PlayerUnknown's Battlegrounds. In addition, he is known for the parodies on his Twitch channel. In November 2017, Tyler hosted an online League of Legends tournament called the Tyler1 Championship Series. It was a parody of League of Legends Championship Series, LCS. He was streaming in front of a green screen, "pretending" to be at LCS stadiums and commentator's desk. Steinkamp also live-streamed a parody for April Fool's Day in 2018 called "A Day in the Life of Tyler1". It was a 45-minute action parody of his life in front of a green screen, and it really brought attention to him.

Ty was finally unbanned in January 2018. He announced his unban on Twitter first, which was few days later confirmed by Riot Games employee Kotaku. His first stream after unbanning broke the record for the most concurrent viewers for individual streamers on Twitch. He peaked with more than 382,000 viewers.

In November 2018, Tyler arranged his online tournament Tyler1 Championship again with a prize pool of $50,000. The tournament was fully funded by Steinkamp alone, and this tournament was praised for its improved quality and professionality.

In 2019, Tyler1 publicly spoke about his addiction to League of Legends, and he prompted his followers to share their stories and advice. In 2020, Tyler signed an exclusive contract with South Korean eSports team T1 as a content creator.

How many viewers, followers and subscribers does Tyler1 have on Twitch?

As of today, Tyler1's Twitch channel "loltyler1" has more than 4,3 million followers, making him the biggest League of Legends twitch streamer and overall 26th most followed Twitch streamer. He has more than 247,000,000 views in total on his channel.

Whenever he goes live, around 25,000 viewers are watching him throughout the whole time! Tyler1 is currently having more than 16,000 active Twitch subscriptions.

Tyler1 has a YouTube channel with more than 2,6 million subscribers and about 10 million views every month.

How much does Tyler1 make a year? Net worth!

Steinkamp generates money from his Twitch subscriptions and donations, his YouTube channel, and his merchandise. If we look at his subscribers count with more than 16,000 subscribers, Tyler1 earns approximately $500,000 a year from twitch subscribers only.