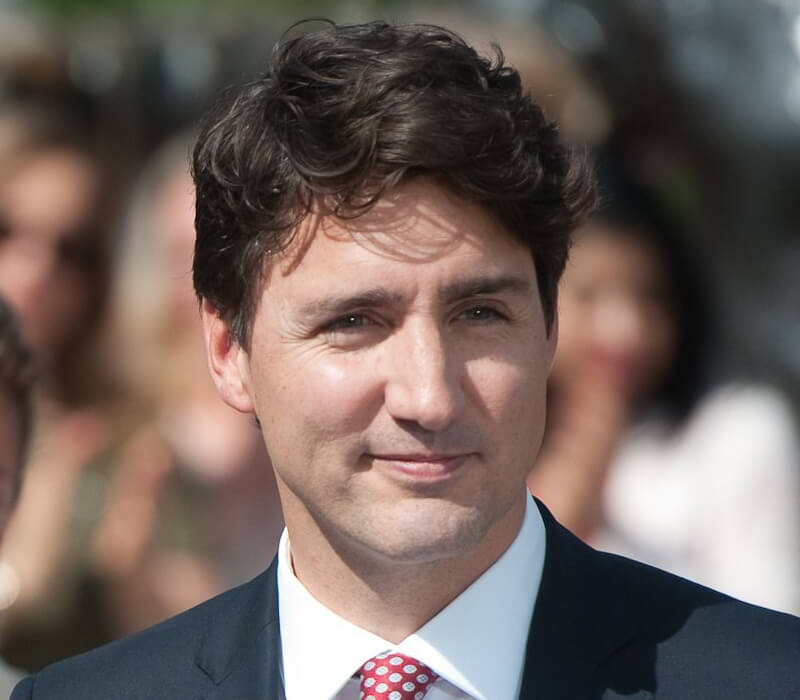 Who is Justin Trudeau?

Justin Trudeau was born on 25th December 1971. He is the 23rd prime minister of Canada and got elected in November 2015. Justin has been a leader of the Liberal Party since April 2013. He is the first social media generation, prime minister.

Most importantly, Justin is the second-youngest prime minister in Canadian history after Joe Clark. He is the first, second-generation prime minister, taking over the post after his father, Pierre Trudeau.

Justin Trudeau was born on Christmas Day 1971 at the Ottawa Civic Hospital. He is also the second child in history to be born to a prime minister currently in office. The first child was John A. Macdonald’s daughter Margaret Mary Theodora Macdonald (8th February 1869 - 28th January 1933). His younger brothers Alexandre (Sacha) (born 25th December 1973) and Michel (2nd October 1975 – 13th November 1998) were the third and fourth.

Justin is of Scottish and French Canadian descent. His grandfather Scottish-born James Sinclair served as Minister of Fisheries in the cabinet of Prime Minister Louis St. Laurent.

Justin’s maternal great-grandfather Thomas Bernard was born in Makassar, Indonesia. He later immigrated to Penticton, British Columbia, in 1906 at age 15 with his family.

Justin met his wife Sophie Grégoire when they were both children growing up in Montreal. She was a classmate and a childhood friend of his youngest brother Michel. They reconnected again as adults in June 2003. Sophie was a Quebec television personality who was assigned as Justin’s co-host for a charity ball. They started dating and became engaged in October 2004. A few months later, they married on 28th May 2005 at Montreal’s Sainte-Madeleine d’Outremont Church. They have three children. The oldest boy, Xavier born in 2007, a girl, Ella-Grace, born in 2009, and a boy Hadrien born in 2014.

In June 2013, only two months after Justin became the leader of the Liberal party, Justin’s family moved to a rented home in Ottawa’s Rockcliffe Park. Same neighbourhood near where Trudeau resided as a child during his father’s time as Prime Minister.

On 18th August 2014, an intruder broke into Justin’s family house while everyone was asleep. Nothing was stolen or damaged, but the intruder left a threatening note.

On 12th March 2020, Justin and his family were isolated during a Covid-19 pandemic. His wife began exhibiting flu-like symptoms and tested positive for Covid-19. She recovered by the end of March 2020.

The career of Justin Trudeau

Justin Trudeau had been interested in politics from a very young age. He offered his support to party leader John Turner in the 1988 federal election.

In 2000, Justin and his family started the Kokanee Glacier Alpine Campaign for winter sports safety after his brother Michel died in an avalanche during a ski trip. This campaign was stopped in 2002 after the Government of British Columbia stopped its funding for a public avalanche warning system.

On 29th April 2007, Justin Trudeau won the Liberal party’s nomination with 690 votes against his opponents 350 and 220 votes. His opponents were Mary Deros, a Montreal city councillor and Basilio Giordano, the publisher of a local Italian-language newspaper.

After Dion’s resignation in 2008, Justin Trudeau led liberal’s on the longest campaign in the century. They won on 19th October 2015 184 out of 338 seats, leaving them with a strong majority government. Shortly after winning, Justin declared in a CBC News interview that he is ready to bring Canadians together despite their differences.

In January 2017, Justin Trudeau was found violating four provisions of the Conflict of Interest Act during his vacation at Aga Khan IV private island in the Bahamas.

In the 2021 federal election, Justin won a third mandate and his second minority government. He won 160 seats and received only 32.6 percent of the popular vote. Which is the lowest percentage of the national popular vote for a governing party in Canadian history.

During his time as a Prime Minister, Justin Trudeau received multiple death threats and assassination plots.

This might seem like a lot, but he is nowhere close to some of the political icons worldwide. Here are some politicians with wider reach on social media than Justin Trudeau.

Justin Trudeau might not have the most followers, but his social media pages feel different and more personal. In 2021, Justin Trudeau posted a picture with his youngest child that he took for vaccination and advised parents to do the same.

Justin is also a part of controversy on the internet. Lately, he has been a target of Canadian Democratic politician Jagmeet Singh who called him in his latest TikTok “all talk no action.”

In his best of 2020 posts, Justin included a photo with Joe Biden congratulating him as president-elect with more than 600,000 likes.

His second most popular post was a video where Justin asks Canadians to stay safe and, most importantly, at home with over 400,000 likes.

All the other posts in his best nine have over 200,000 likes. These show Justin taking an elbow bump (a pandemic alternative to hand-shaking) with different people, such as Christia Freeland with his oldest son when he was a toddler.

Justin Trudeau even appeared in one American article about “Why this guy cannot be our president?” during a ruling of Donald Trump. Picture in this article included Justin doing the Mayurasana pose, which involves balancing on only your arms while your feet are up in the air. According to Justin, his father was also skilled at this Yoga pose.

How much does Justin Trudeau earn? Net worth!