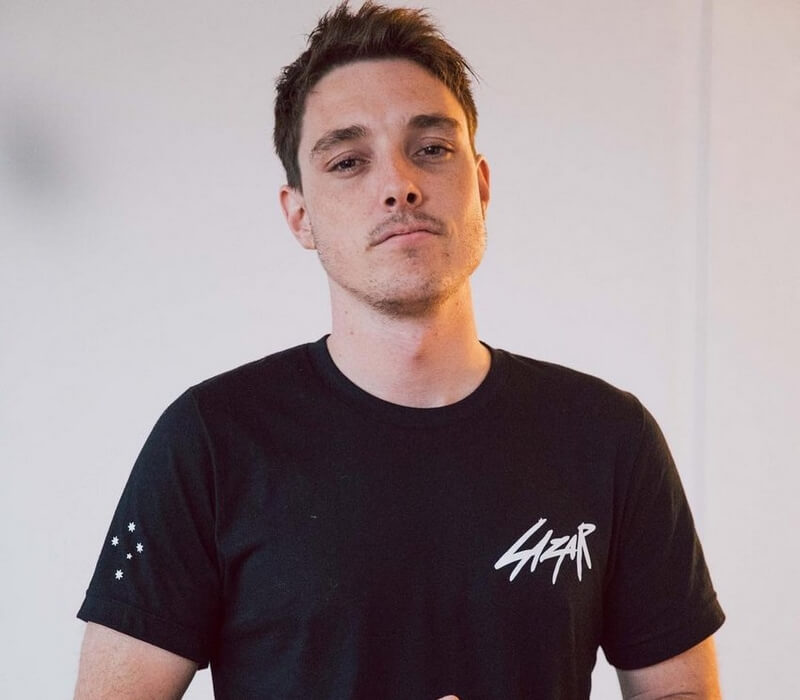 Lannan Eacott, better known online as LazarBeam, is YouTuber, professional gamer and internet personality from Australia. He is known mostly for his video gaming content, vlogs, comedy shows and memes. His channel grew enormously in subscribers when he started posting videos of Fortnite Battle Royale in 2018. As of 2021, both of his YouTube channels have over 21 million subscribers combined and more than 7 billion views. LazarBeam is the 3rd most subscribed and most viewed YouTube channel in the whole Australia.

Eacott was born in Australia, where he originally lived in the countryside with his family. This place is known to be full of rodents, and Lannan developed his fear and hatred towards mice and rats there. He dropped out of high school when he was just 15 years old and started working as a construction worker at his family's construction business.

LazarBeam is in a relationship with Ilsa Watkins since 2017. She is the sister of Muselk, one of Lannan's fellow YouTube friends. She was featured in some of LazarBeam's videos.

LazarBeam started his YouTube career originally in 2014 when he was making slow-motion demolition videos while working as a construction worker on the channel "CrushSlash". His real career started one year later, on January 4 2015, when he registered his current YouTube channel "LazarBeam".

Eacott's content was established from video game commentaries and challenges, mainly of the game Madden NFL. Like many other fellow YouTubers, LazarBeam started playing Fortnite Battle Royale in 2018, and his channel grew exponentially. Eacott became a member of the gaming entertainment company Click Crew alongside other Australian gaming personalities.

LazarBeam is the 2nd Australian gaming content creator to hit 10 million subscribers, he crossed over that milestone and got his diamond play button in April 2019. During 2019, his content slightly shifted away from Fortnite, and he started playing other games such as Minecraft. Lannan didn't like the direction in which was Fortnite going, as he described the latest news as overpowered and unbalanced.

In October 2019, Lannan announced he would appear as himself in the movie Free Guy, alongside streamers Ninja and Jacksepticeye. He was part of YouTube's 2019 end-of-year summary "YouTube Rewind 2019: For the Record". LazarBeam was the eighth most-viewed content creator of the year with 2 billion views.

LazarBeam and his fellow Australian YouTube friend Elliot "Muselk" Watkins signed a deal with YouTube to stream exclusively on that platform because he had previously streamed on Twitch. They decided to celebrate this collaboration with a 12-hour charity live stream to raise money for the ongoing fires in Australia and raised over A$100,000. Eacott got new partners later that year, he partnered with Rooster Teeth, and he is represented by Click Management and WME.

How many subscribers does LazarBeam have?

How much does LazarBeam make a year? Net worth!

LazarBeam's estimated net worth is $23 million.
Let's look at his YouTube revenue from ads. He gets an averagely of 4,3 million views per day from different sources. This should generate an estimated income of around $30,000 per day. It means LazarBeam makes approximately $12 million per year from the ads that run on the videos.

The Most Viewed LazarBeam videos